Levi Stack on How Book Covers are Created (+Free eBook)

Today I'm pleased to share a guest post from author Levi Stack about the process for creating the cover for his book, The Silent Deal.


How Book Covers Are Created
By Levi Stack
While skimming over book covers on shelves or scrolling through them online, have you ever wondered how these works of art are created? How illustrators collaborate authors? How artists reinvent the heart and life of a story – only in a different medium? I’m writing to give you an inside look at that unique process. I was lucky enough to work side-by-side with my illustrator, Owen William Weber, so you’ll get to see firsthand what went into the artwork of my award-winning novel, The Silent Deal.

Here’s a summary to give you a feel for the story:

When Viktor and Romulus, two peasant boys in the Russian Empire, dig too deep into their town’s strange past, they awaken the wrath of a mysterious overlord. On a quest for answers (and survival), the blood brothers navigate gambling parlors, Gyspy camps, and dark forests full of wild animals and men alike. But can they escape the deathly experiments their foe is creating in Staryi Castle?

So you get the idea – this is an Old World story, stuffed with thieves and beggars all the way to the fortune-tellers and fire-jugglers of the Romani Gypsies. This is important to recognize because it’s essential to match the time period of the story to the appearance of the cover. If I had written a flashy modern story, I might have a pop art style cover, but because I wrote historical fiction, I wanted an older medium, and an oil painting seemed like the perfect choice.

This is where Owen William Weber came in. He’s an excellent painter, and after viewing his gallery, I immediately wanted him to do the cover art. Because the book deals so much with gambling, I requested the book’s cover resemble a king of spades playing card, with Viktor and Romulus, the two main characters, displayed as the king figures. Owen read my descriptions of the characters, and came back with several potential designs. 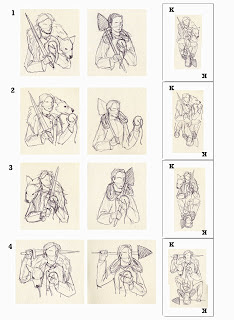 We agreed the fourth design was the most balanced, so Owen did a more detailed sketch, including attributes of both the characters. Romulus keeps a wolf as a pet, and carries blades throughout the story. Viktor is the son of a miner, and has to dig for buried items in certain scenes, hence the shovel. Both boys experiment with explosive weapons, as their enemy has banned firearms in their town. 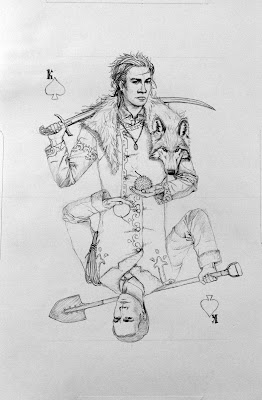 I loved the sketch, but we both agreed that because Viktor and Romulus are serfs, their clothing needed to be rougher and less detailed. They also needed to look a bit younger. Owen carried out one more sketch, and this time it was perfect, save for the fact that we favored Romulus’ face from the first sketch. 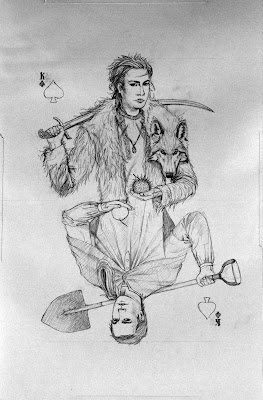 The last step was for Owen to actually complete the oil painting. We agreed that rich reds and greens would give the book an older feel, so he handled the color scheme, and finished the work. After the typography was carried out, the cover art was finalized. 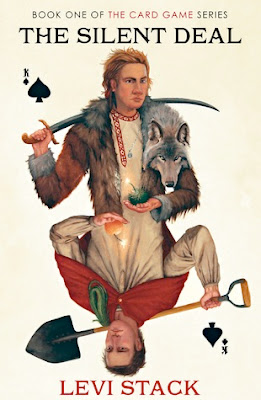 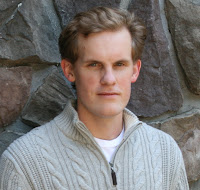 I hope you enjoyed this inside look at how a book cover is created! If you want to read The Silent Deal, it’s available on Amazon. Or if you want to learn more about me, check out my website, www.levistack.com. Happy reading!


When Viktor and Romulus, two peasant boys, dig too deep into their town’s strange past, they awaken the wrath of a mysterious overlord. As the blood brothers struggle to survive, their search for answers takes them through gambling parlors, bare-knuckle boxing matches, and dark forests full of wild animals and men alike. But even with the help of their friends, can they escape the deathly experiments their foe is creating in Staryi Castle?

Enter the bold lands of the Russian Empire where the colorful characters of The Card Game dwell, from the fortune-tellers and fire-jugglers of the Romani Gypsies, to the dangerous criminals that make up the Thieves World, the predecessor of the Russian Mafia.

An explosive mixture of adventure and mystery, The Silent Deal is a young adult novel that will rip readers through the pages. A perilous journey awaits...

The Silent Deal ebook is FREE today only. Enter the Russian underworld of Gypsies, serfs, fire-jugglers, and thieves!


Find The Silent Deal on Amazon