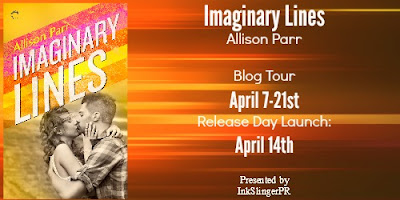 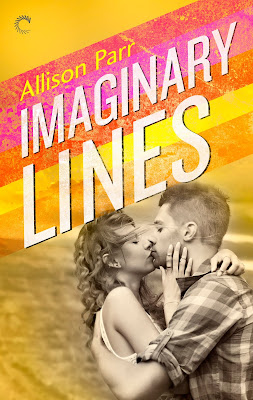 Tamar Rosenfeld has been in love with New York Leopards linebacker Abraham Krasner since they were twelve years old. She'd always considered it destiny that they'd end up together…until Abe was drafted and she professed her feelings in a moment of blind excitement. The sting of his rejection was like nothing she'd ever felt before, and it's nothing she'll ever forget.

Older and wiser, Tamar has landed a dream job as a reporter for one of New York's premier athletic websites. Determined to stop being the safe, boring girl she's felt like for most of her life, Tamar makes a list of all the things she wants to do and see in her new city, and Getting Over Abraham is priority number one.

But destiny has finally chosen to interfere. Just as Tamar's decided to move on, Abe's realized she's the only woman for him. When he confides the truth, Tamar has to decide if she can put her crush behind her, or take a chance on the very man who's been holding her back all these years.

My Thoughts:
I’m pretty sure my first reaction to this book was basically: swooooon. Swoon times a zillion. I really loved the first two books in this series (Rush Me and Running Back), but I think this is my new favourite.

First of all, I'm a sucker for friends to lovers romance, so this book was one I was really excited for. The family friends, growing up together aspect always gets me. But a great concept doesn’t always equal a great book. Thankfully, that is not the case here, as Imaginary Lines lived up to my expectations, and perhaps even surpassed them. I loved the vibe between Tamar and Abe right from their first conversation in New York.

What I really enjoy about Allison Parr’s New Adult books is that they’re quite unique in the category. They take place in post-college settings, examining the beginnings of careers for her protagonists. Here there was an interesting conflict with Tamar's job as a sports reporter and Abe being a football player.

Tamar was a really interesting main character, and I liked seeing her journey. Abe, our hero, was introduced in the first book of the series, so it was great to see this sweet guy get his own happily ever after. Romances that feature the “boy next door” type are another favourite of mine. The New York Leopards series features great secondary characters, and I definitely enjoyed catching up with the couples from the previous two books, as well as meeting both Abe and Tamar’s families.

This series is definitely one of my favourites in the New Adult category, and I recommend it to all romance fans. Imaginary Lines is an awesome book, and I can’t wait to read more from Allison Parr.

The Cover:
Don't necessarily love the colour, but good overall.

When I wrote Rush Me, the first book in the New York Leopards series, I was pretty clueless about the inner workings of professional football. I could tell you about the Patriots and whether or not they were in the playoffs that year, but little else. I started doing research. Ever seen someone watching football and taking diligent notes? It’s kind of weird. My friends spent a lot of time making fun if me. I spent a lot of time reading the NFL rulebook and press releases.

In fact, I spent almost as much time reading as I spent watching. I poured through every book my library had on football. I read articles by players, by doctors, and by wives. And I discovered that football – and team sports in general – deliver a wealth of material for fiction.

Not only are there 53 guys who are by definition, at the top of their game, there’s also crazy politics, controversial health issues, paparazzi, money and drinking and partying – all the things tailor made for stories. They don’t each have to be fictional to be intriguing, but through in some romance and these fields are flat out irresistible.

Football players make awesome characters. They’re motivated, they’re strong, and they’re fiercely loyal to their teammates. I had the time of my life writing about them, and I hope you enjoy reading about them just as much! 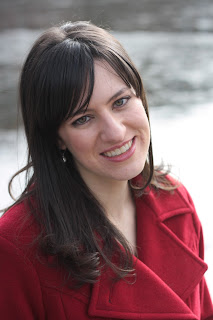 About Allison:
Allison Parr is the author of Rush Me, Running Back, and Imaginary Lines. She grew up in small town New England, where she developed an incurable case of wanderlust. After graduating with degrees in archaeology and creative writing, she spent the next several years living in San Francisco, Paris, Boston, and New York. When she’s not traveling or writing, she’s making a mean chocolate cake or bad historical jokes. She’s also amassing enough books to rival the library in Beauty and the Beast.

To learn more about Allison’s books and travels, visit her at www.allisonparr.com