Last Monday (the 12th) I had the great pleasure of attending the launch event for Moira Young's North American tour, celebrating the finale to her Dust Lands trilogy. I'm such a huge fan of Blood Red Road and Rebel Heart, and I can't wait to dig in to Raging Star. 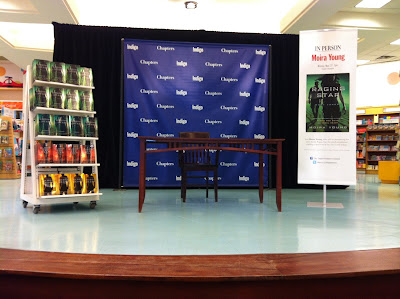 I went to the signing with my Mom, as per usual. We got there plenty early, since we never know what traffic is going to be like on the highway. I purchased my copy of Raging Star and we looked around the whole Chapters store before they even put chairs out. ;) Once they did set up, we grabbed some front row seats. By the time the event rolled around there wasn't quite a full house, but definitely an enthusiastic grouping of fans.

Moira came out and did a talk about her publishing journey and the growth of Blood Red Road from the conception of the idea to what it became. After her talk she answered questions from the audience before beginning to sign books.

I was a speedy typist and I believe I managed to get just about everything down that Moira spoke about. Here's a recap, in point form... 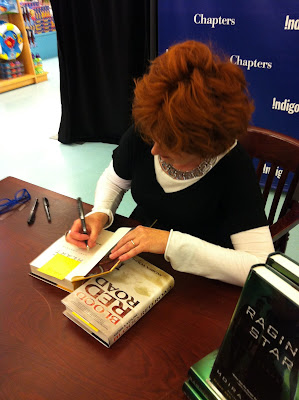 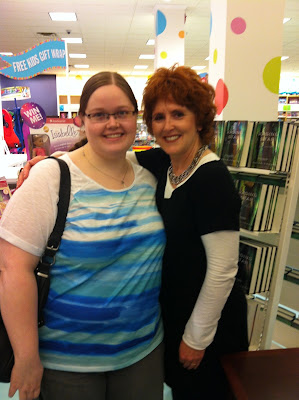 Thanks to Moira and Chapters Brampton for a great event!