Sarina Bowen Cover Reveal & Giveaway -- The Understatement of the Year

I'm such a huge fan of Sarina Bowen, so I'm very excited to participate in the cover reveal for her newest novel, The Understatement of the Year. Before you check out the cover, here's a little bit about the book:

Five years ago, Michael Graham betrayed the only person who ever really knew him. Since then, he’s made an art of hiding his sexual preference from everyone. Including himself.

You can pre-order The Understatement of the Year on Amazon or Kobo (coming soon).

And here's the cover!! 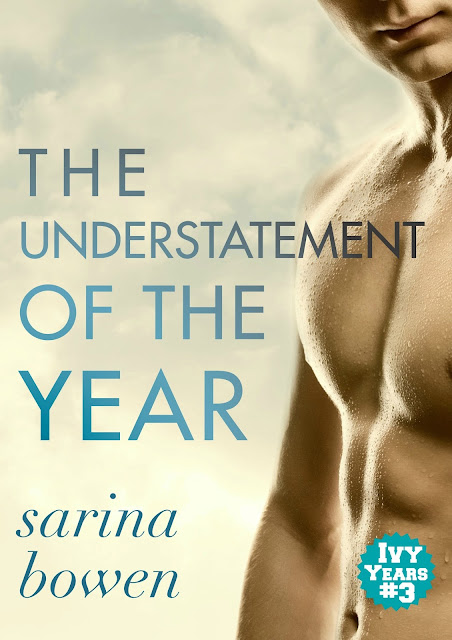 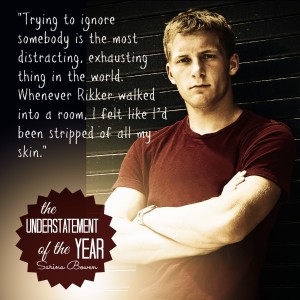 And now for a sneak peek into the book! --


Bella grabbed the front pocket of my Vermont sweatshirt and actually pulled me through the din of the most crowded room, toward a table where Graham sat in a booth, across from Hartley.

Ugh. I had no idea this would be so cozy. In fact, there was nowhere for me to sit. For a second there I felt like it was seventh grade all over again, and I didn’t know where to sit in class.

That’s how I met Graham — seventh grade Spanish. We were the two runts in the back row with terrible gringo accents and no friends. The teacher always made the class pair up to practice dialogue. Graham and I were partners.

The early days of middle school had been awkward. But this? So much more awkward than that.

“I’ll sit on Graham’s lap,” Bella suggested, grabbing a slice of pizza off the tray.

“Naw, let me find a chair,” I said, turning quickly into the crowd. And lo, by the grace of God, I found one in front of an ancient pay phone. Setting the chair at the end of their booth gave me some much-needed distance. Bella sat on the end, boxing Graham into the corner. Bella’s hand found its way onto my knee about two seconds after I sat down.

Someone filled my glass. “Have a slice?” Hartley offered.

“Thanks, I already ate,” I said quickly. But I sucked back some of the beer. It was pretty wimpy stuff, but I’ll bet the price was right.

“Tell us about your transfer,” Bella prompted while the others dug in. “You said you’d tell it over beers.”

Right. Too soon. “Well,” I hedged. The thing was, I’d told people I was gay many, many times. I was actually pretty good at it. But you don’t say it when you’re all trapped at a table. You have to drop the bomb when your victims are free to walk away from you. Because even the people who are going to turn right back around and be there for you often need a minute to digest the idea.

And the fact that Graham was sitting three feet away, staring at his slice of pizza as if it might reveal the secrets of the universe, made this a particularly bad time. I didn’t want to look vulnerable in front of him. I’d tried that before in my life, and it ended badly. Very badly.

“Thing is, I haven’t had enough beer yet to tell it.”

“There you go with the buildup again,” Bella said, nibbling on a slice.

“Yeah? Well my stories don’t usually disappoint.” That was a bit of pointless bravado. But it was probably true.

I happened to glance toward Graham then. And even in the low light of the pizza place, I saw him freeze. And I realized just how far a little smack talk about stories I might tell would freak him out. I hadn’t meant it like that. But the effect on him was instant and powerful. His jaw went hard and his fist clenched on the table.

Easy, boy. “Tell me about the practice schedule,” I said to change the topic.

About the Author:
Sarina Bowen makes her home in the Green Mountains of Vermont, where she lives with her family, eight chickens and a large pile of skis and hockey equipment. She is a graduate of Yale University.

I'm so excited for this book! October can't come soon enough. =) In the mean time, check out my reviews for The Year We Fell Down and The Year We Hid Away.