Take Them By Storm by Marie Landry 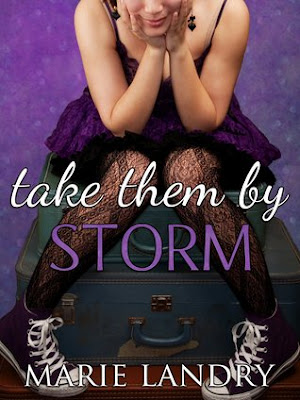 This book is a standalone companion novel to Waiting for the Storm and After the Storm.

Sadie Fitzgerald has always been different, and not just because she makes her own clothes and would rather stay home watching Doctor Who than party with kids her age. When it’s time to leave Angel Island for college, Sadie is eager to put her old life behind her. Small-minded people and rumors have plagued her for years, but with the love of her adoptive family, the O’Dells, Sadie has learned to embrace who she is. Now she’s not afraid to admit the rumors about her are true: she’s gay.

For the first time in her life, Sadie feels free to be herself. She dives into college life and begins volunteering at the local LGBT center, where she discovers her small-town upbringing left holes in her education about life outside Angel Island.

The world is a bigger and more accepting place than Sadie ever imagined. She’s finally found where she belongs, but with the reappearance of someone from her past, an unexpected new friendship, and a chance at love, Sadie soon realizes she still has a lot to learn about life, friendship, and love.

My Thoughts:
In full disclosure, Marie Landry is a Canadian blogger who I consider a friend. But you guys know that I am all about YA contemp books, and I don’t say it lightly that her Angel Island series is one of my favourites. So needless to say I was eager for more of these characters, but mostly just excited for another book from Marie.

This book is about Sadie, who we first met in After the Storm. I was really excited to hear her story, especially knowing what a tough time she had growing up. I think Marie did a great job of introducing Sadie to new readers, recapping enough that you can definitely read Take Them By Storm as a standalone, but without making it too repetitive for readers of the series.

I didn’t connect with the romance quite as much as I did for the first two books. It’s hard to talk about why, because it would completely spoil the book, but what I can say is that the romance felt like much more of a side plot. That’s not necessarily a bad thing, especially when the book has so many other things going for it, but it did stand out to me, mostly because I know how awesome Marie is at writing epically romantic scenes and I wanted more of them!

While there are some sadder parts to this novel, I loved how joyful it was for the most part. I loved seeing Sadie discover even more about herself, owning who she is as a lesbian and as a person. It was so amazing to see her thriving at her college placement and at her design hobby (which led to fun cameos by characters from The Game Changer). I also enjoyed seeing Sadie explore being in love and having a real relationship.

I loved the spirit of the book, and the fact that friendship plays such a huge part in it. There were such fun nods to the couples from the previous two books. I loved seeing how the couples were doing, as well as the five of them being such close friends. Overall, this is such a great book. I know a lot of people are looking for LGBTQ NA, and this is a fabulous example of one. More than that, this is a great book which shares the journey of one brave, awesome girl.

The Cover:
So, so cute! Perfect image for Sadie. 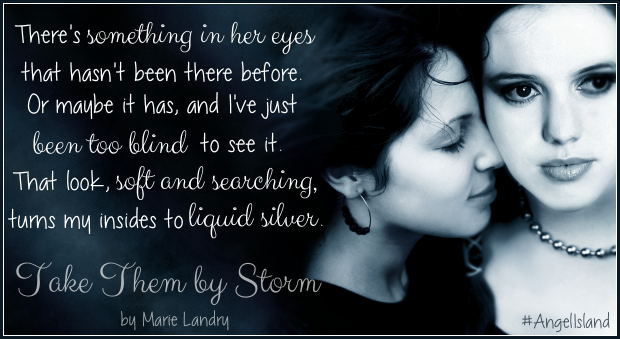