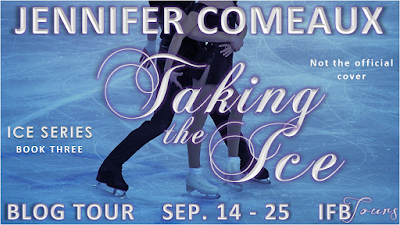 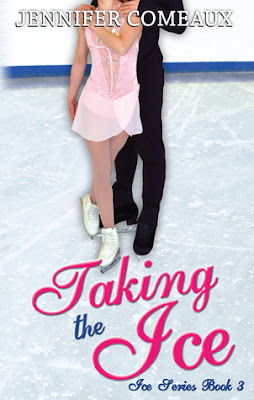 Olympic rings and an engagement ring.

Courtney Carlton is ready for both.

She and her boyfriend Josh have skated together and dated for four years, and they’ve reached a critical point in their partnership both on and off the ice. With the Winter Games coming up and their career nearing an end, they are fighting to win a spot on the Olympic team, something Courtney has dreamed of since she was ten years old.

She also has another wish she hopes comes true soon. She’s waiting for a marriage proposal from Josh that she expected to happen by now. Will she realize either dream or will her heart be broken from disappointment?

My Thoughts:
I really enjoyed Taking the Ice and found it to be a very sweet end to Courtney and Josh's story. These two characters make me smile so much and I had a blast reading about their journey over the past three books. What I really enjoyed about this book is how Courtney and Josh have learned to stick together as a couple. There's a real progression in the series, so it's beautiful to watch them working so well together on and off the ice.

By no means does this book show complete perfection in our characters' lives, because Courtney and Josh face challenges and work hard to achieve what they have, but I did think of this book as a Happily Ever After fete. There's still hard stuff going on in their lives, but it was awesome to read about Courtney and Josh going strong as a couple.

Taking the Ice features great skating scenes, great friendship scenes, and a lovely romance. This novella is a great celebration of two careers and a toast to what the future will hold. As this is the third and final book in a series, you'll definitely want to start at the beginning of Courtney and Josh's story with Crossing the Ice. If you wanted, you could go even further back and start with Life on the Edge, which starts off the story of Courtney and Josh's coaches, Emily and Sergei.

Taking the Ice is sweet, fun, and lovely: exactly what you'd expect from Jennifer Comeaux. 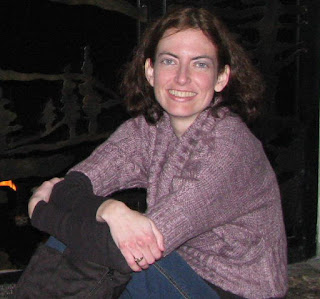 About Jennifer:
Jennifer Comeaux is a tax accountant by day, writer by night. There aren’t any ice rinks near her home in south Louisiana, but she’s a die-hard figure skating fan and loves to write stories of romance set in the world of competitive skating. One of her favorite pastimes is traveling to competitions, where she can experience all the glitz and drama that inspire her writing.

Follow along with the tour schedule here for more reviews, interviews, and guest posts.