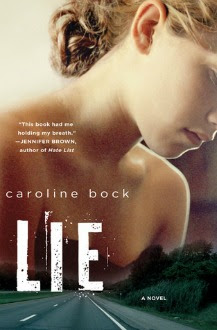 Synopsis: (from Goodreads)
Everybody knows, nobody’s talking. . . .
Seventeen-year-old Skylar Thompson is being questioned by the police. Her boyfriend, Jimmy, stands accused of brutally assaulting two young El Salvadoran immigrants from a neighboring town, and she’s the prime witness. Skylar is keeping quiet about what she’s seen, but how long can she keep it up?

But Jimmy was her savior. . . .
When her mother died, he was the only person who made her feel safe, protected from the world. But when she begins to appreciate the enormity of what has happened, especially when Carlos Cortez, one of the victims, steps up to demand justice, she starts to have second thoughts about protecting Jimmy. Jimmy’s accomplice, Sean, is facing his own moral quandary. He’s out on bail and has been offered a plea in exchange for testifying against Jimmy.

The truth must be told. . . .
Sean must decide whether or not to turn on his friend in order to save himself. But most important, both he and Skylar need to figure out why they would follow someone like Jimmy in the first place.

My Thoughts:
I knew going into ‘Lie’ that it wouldn’t be a happy book, but I had no clue how devastating it would be. The most interesting thing about the book, I think, is that it’s told from multiple POVs. You really get to hear from the whole community about what has gone on, and I think it worked really well. However, all those perspectives made the fact that no one was speaking out against a hate crime even more disturbing. I almost felt literally sick to my stomach reading about such a vicious act happening and how no one in the community was doing anything to counter it.

It was extraordinarily difficult to read about Skylar. I really despised her. She had gone through a terrible loss and Jimmy had been “there” for her, and somehow because of that she relied on him for everything. Sky and Jimmy’s relationship is such a sick one, like a disease that has rooted itself within Skylar. I know it happens, but it’s hard to believe that Skylar would blindly love Jimmy so much that she would make all kinds of excuses for him. I understand grappling between right and wrong, but often it seemed like Skylar didn’t really know (or care to know) the difference, and even when she did, she did very little about it.

I’m not sure what to say about ‘Lie’. It deals with some incredibly difficult subjects and it’s a powerful read. One part of the story shocked me so much I just had to sit there for a few minutes, trying to gather my thoughts. This is a small book, but it has a very strong effect. I just wish there had been a stronger sense of morality shown by the main characters, or at least by some of the outlying authority figures.

The Cover:
Not bad. It somehow shows the emotion quite well. I love the title font.