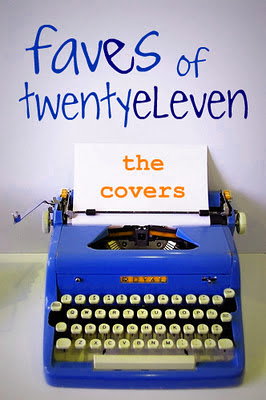 Nomes over at Ink Crush is hosting a "Faves of 2011" event with five different categories of awards for books we've read in 2011. You can find out more details here. Here are my Top 10 covers for books released in 2011 (of ones I've read). 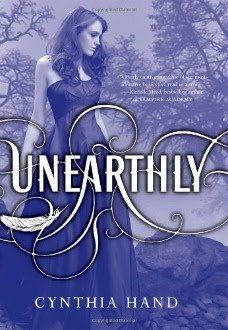 Unearthly by Cynthia Hand
I never thought that much of this cover until I saw it in person. It has such a pretty sheen to it! Absolutely love the colouring, and the font details are pretty great too. 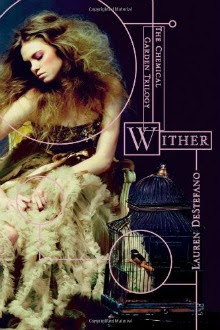 Wither by Lauren DeStefano
It's just... stunning, really. The colour, the hair, the dress, the symbolism. Every aspect of it is quite appealing. 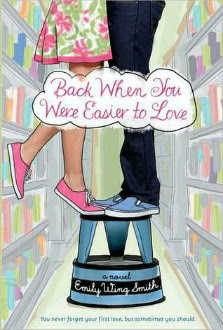 Back When You Were Easier to Love by Emily Wing Smith
I just really like this one for some reason. Perhaps the library stool & bookshelves?? I just think it's so cute, and the mixture of photo and illustration is so cool, and the bubble around the title is just so cute. 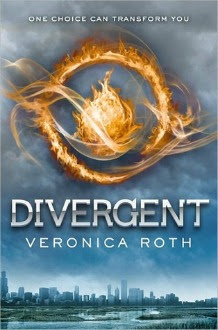 Divergent by Veronica Roth
It's just so interesting! The massive Dauntless symbol (that, yes, totally reminds me of the Eye of Sauron, but whatever), Chicago in the background... I even like the UK version with the people on the bottom (plus the UK version is all super shiny which is pretty! yes, I somehow own the UK paperback edition of this one).

Wrapped by Jennifer Bradbury
You don't see many YA covers that are only illustrations, but I think Wrapped is a perfect example of how illustrations can work for YA. I love the lines, and I'm partial to brown, so I think the colours on this cover are gorgeous.

Blood Red Road by Moira Young
The tone of this cover is just perfect for the book! So sparse and dusty, with the lone figure. And the font?! Holy moly, it's all just so... atmospheric. 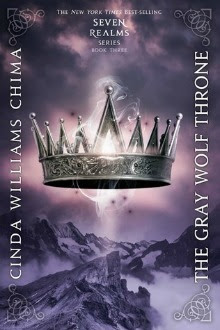 The Gray Wolf Throne by Cinda Williams Chima
I seem to really like purple covers, so there is that, but also the crown and the mountains. Plus I just like the design of this trilogy in general, with the author and title written sideways. It's just very different from most books, and they stand out because of it. 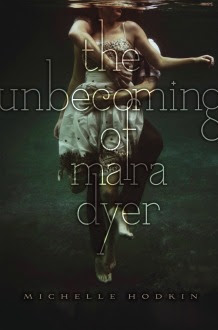 The Unbecoming of Mara Dyer by Michelle Hodkin
It just makes you stop and stare, doesn't it? The water, the pose, the colours, the font... the pictures from this photo shoot are gorgeous, and they make a very eye catching cover.

Prized by Caragh M. O'Brien
There's just something so cool about this one! The way the font curlicues up and around is so awesome. And then the elements on the cover, such as the smoke/fog and the glass are actually important in the book, which makes it even more cool.

Shatter Me by Tahereh Mafi
I know this one got a lot of cover hate, and I agree that the puffy dress thing is a bit over done (though it is textually accurate in this case, which is cool)... however, I do think it shows how strong Juliette is, I loveeee the title font, AND most of all I adore that the effect in the background is all part of the photograph, not added in afterwards.