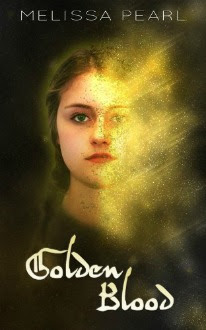 Synopsis: (from Goodreads)
Gemma Hart never knows when her father is going to whisk her back in time. Her toes start tingling and she has a few minutes to find a secret haven where she can disintegrate and appear in another time and place. While “across the line,” her training and skills are put to the test as she completes a mission that will change history for the lucky few her father has selected.

Gemma's parents are adamant that secrecy is paramount to her family’s safety. If people knew what they were capable of, they could be "used and abused", as her mother always says. Afraid she might accidentally utter the truth and break the ancient oath of her people, Gemma spends her school days as a loner. Only one thing can throw her sheltered life askew... Harrison Granger.

Harrison never expected to talk to the strange Hart girl, but after a brief encounter he can't stop thinking about her. He begins a campaign to chisel away her icy veneer and is met with unexpected consequences. As he slowly wins this girl over, he enters a surreal world that has him fighting to keep his newfound love and his life.

My Thoughts:
To begin with, the concept of ‘Golden Blood’ is very cool. Gemma and her whole family can travel through time. It’s a part of their DNA, in their “golden blood” … but the catch? Gemma’s dad controls when and where the family goes back. Gemma and her siblings have absolutely no say in the matter. I felt bad for Gemma with having this ability and not being able to control it and also having to keep it secret. She takes it all pretty seriously, not having friends and even getting a reputation at school for being a weirdo.

Gemma’s life really changes when Harrison decides he wants to be her friend and possibly more. I liked seeing Gemma come out of her shell, and I liked how strong she became once she realized she had something to fight for. I liked how her relationship made her happy and it became something that was her decision alone, rather than her family making the decision for her. It was interesting because it was all about a boy, but I think it signified something bigger for Gemma, in that she began to realize she was missing out on having a life of her own.

In the relationship corner Gemma and Harrison go from zero to love pretty quickly. I could have done with a few less dramatic true love declarations. That being said, I do like the two of them together, and how willing they are to stand by each other.

This is a good beginning to the trilogy: it completed the story without leaving you totally hanging. At the same time you can tell it’s just setting you up for future books by hinting at the mythology of the time travellers, and a mysterious family background for perhaps both our main characters. This was a good first effort that I enjoyed overall.