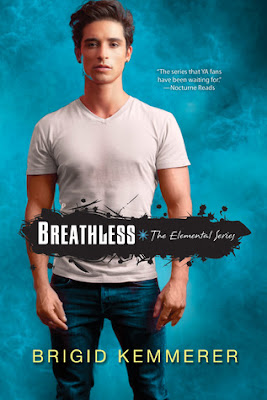 
Synopsis: (from Goodreads)
Too many secrets. Not enough time.

Nick Merrick is supposed to be the level-headed one. The peacemaker. Since it’s just him and his three hotheaded brothers against the world, that’s a survival tactic.

But now he’s got problems even his brothers can’t help him survive.

His so-called girlfriend, Quinn, is going quick as mercury from daring to crazy. Meanwhile, Quinn’s dancer friend Adam is throwing Nick off balance, forcing him to recognize a truth he’d rather shove back into the dark.

He can feel it—-the atmosphere is sizzling. Danger is on the way. But whatever happens next, Nick is starting to find out that sometimes nothing you do can keep the peace.

My Thoughts:
My first thoughts after reading this book? "Nick, you really need a hug."

It’s not often that I fall in love with a novella. I know the point of them is that they’re shorter than a novel, but I usually find them too short. I tend to want more of the story, or more of that character. It helps knowing that we're getting a full book featuring Nick, but in this case I wasn't left wanting at all. To me, 'Breathless' is a perfect piece of fiction that captures a specific moment in time and a specific feeling.

It’s hard to review a piece of this length without spoiling the plot, but it’s safe to say that you never would have guessed at this side of Nick without being in his head. ‘Breathless’ features Nick’s struggles with his powers and with family expectations in a multitude of ways. ‘Breathless’ is about having to admit to yourself first who you are, before you can embrace it and share it with others.

‘Breathless’ also gives us a deeper look at Quinn, a character who I never really cared for previously. While she's still not my favourite, you can't help but feel sad for her family situation and understand a bit where she's coming from.

Basically? Brigid Kemmerer writes absolutely amazing characters who have incredibly emotional journeys. This novella is no exception to her immense talent. I loved the story and the potential it gives us for Spirit (Hunter’s book), and especially for Siege (Nick’s book).

If you haven’t yet read the Elementals series, be sure to pick up Storm soon. You won’t be disappointed.

The Cover:
I have to say that these covers aren't my favourites, which is unfortunate, because the books are AMAZING.