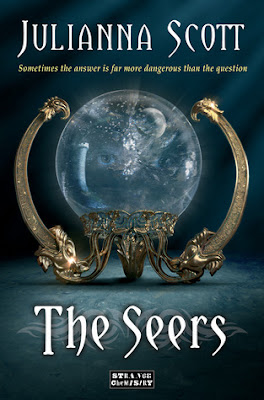 After nearly being drained of her ability and betrayed by a man her father trusted, Becca Ingle was left with one clue — Ciaran Shea. He holds the key to the downfall of the power-mad Holder, Darragh, and can ensure the safety of both Holder and Human kind alike... but is he willing to help?

Becca, Alex, Jocelyn, and Cormac set out for Adare Manor to meet with the Bhunaidh, an aristocratic group of pure blooded Holders of whom Ciaran is a rumored member. However, when Becca discovers that they might not be the only ones after the information Ciaran has, everyone begins to wonder if Bhunaidh might not be as uninvolved with Darragh as they claim.

A race to uncover Ciaran’s secrets begins, where the line between friend and foe is blurred, and everyone seems to have their own agenda. Becca will have to call on every ability at her disposal to uncover the truth, all the while knowing that sometimes the answer is more dangerous than the question.

My Thoughts:
I thoroughly enjoyed the first book in this series, The Holders, so I was very excited when The Seers turned out to be a great book as well. The Seers takes place in a fabulous castle setting, and is mainly centred around investigating events and intel that came about in the previous book.

While the first book was so much about Becca protecting her brother, Ryland, and looking out for him, The Seers was about Becca honing her new powers and helping the investigation. I loved the new characters who were introduced, Steven and Bastian, and I also liked how the romantic relationship from the first book remained strong. There were little bits of tension, but in general Becca and Alex supported each other, which was a nice change from most books.

There were many exciting bits of action and intrigue in this book, and moments where characters used their powers in order to investigate. I love the X-Men meets Harry Potter feel that this series has. These books are highly underrated, and I definitely recommend them. I’m excited about where this book ended up, and I’m equally excited to see where things will go in the next book.

The Cover:
I like how distinctive the covers for this series are. 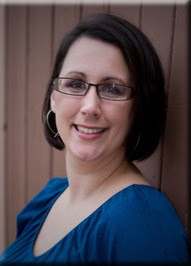 About Julianna:
Julianna was born in Pittsburgh, Pennsylvania, and spent the majority of her educational career convinced she would be a musician. However, after receiving her music degree from Edinboro University of Pennsylvania, she realized that she’d been born in the wrong era for her dreams of singing jazz to adoring fans clad in zoot-suits and flapper dresses to come true, and began to wonder if her true calling might be elsewhere.

While Julianna had always excelled in writing throughout school, she’d never considered it a career possibility until about three years ago, when she’d gotten her first story idea and decided to go for it. She grabbed her laptop, started typing away, and has never looked back.

Follow along with the rest of the blog tour HERE.