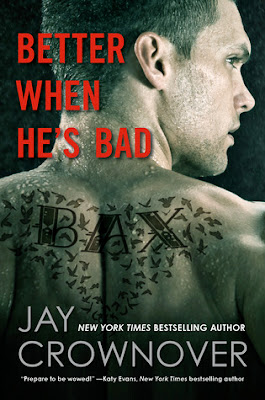 Welcome to the Point

There’s a difference between a bad boy and a boy who’s bad . . . meet Shane Baxter.

Sexy, dark, and dangerous, Bax isn’t just from the wrong side of the tracks, he is the wrong side of the tracks. A criminal, a thug, and a brawler, he’s the master of bad choices, until one such choice landed him in prison for five years. Now Bax is out and looking for answers, and he doesn’t care what he has to do or who he has to hurt to get them. But there’s a new player in the game, and she’s much too innocent, much too soft…and standing directly in his way.

Dovie Pryce knows all about living a hard life and the tough choices that come with it. She’s always tried to be good, tried to help others, and tried not to let the darkness pull her down. But the streets are fighting back, things have gone from bad to worse, and the only person who can help her is the scariest, sexiest, most complicated ex-con The Point has ever produced.

Bax terrifies her, but it doesn’t take Dovie long to realize that some boys are just better when they’re bad.

My Thoughts:
There’s something about Jay Crownover’s writing that makes it super addicting and easy to read. I also find that her characters are well fleshed out. Right from the beginning they feel like real people. This was absolutely the case here, even with the very complicated characters and situations.

I'm generally a fan of the good guy character, so it's absolutely crazy that I fell for Bax. I mean, he's not someone I would personally want, but in the context of the book? Oh yeah. As for him and Dovie, they are just awesome together. The reasons why I can like Bax as a character, despite the things he does, is because of how he feels for Race and especially how he feels for Dovie. Those feelings are the good parts of him, showing that he’s not bad deep down and he’s not just a criminal. He’s someone who wanted to get out of the life before, and he sees the injustice in the world he lives in.

On the flip side, Dovie is the quintessential good girl. She's sweet and fairly innocent, despite growing up in a rough situation. I admired her the way Bax grew to: that she was goodness in among all the bad, a light in the dark, etc. It takes someone special to be that way when they've had a difficult life, and Dovie is definitely a special character.

Better When He’s Bad is a gritty story featuring rough characters, but it felt genuine. The setting felt like a real place, with the characters representing a real lifestyle. The book features heart pounding action scenes, as well as the mystery of what happened to Race. There are some twisty parts, which you may or may not guess ahead of time. If you’re looking for a gritty romance featuring an actual bad boy (versus the “he’s a bit of a player with tattoos, so we’ll call him a bad boy” type), be sure to check this one out.

The Cover:
Not my favourite, necessarily, but it matches the tone of the book so well.