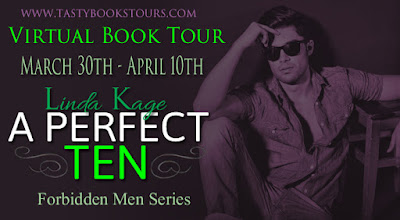 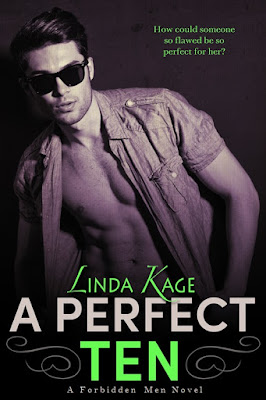 I know I've closed myself off in a major way in the past year, ever since “the incident” where I messed up my life completely. It's past time I try to live again or just give up completely. But this is quite possibly the craziest thing I've ever done. In a last ditch effort to invigorate myself, I'm standing outside Oren Tenning's bedroom, I just peeled off the sexiest pair of underwear I own, and my hand is already raised to knock. My brother would disown me for doing anything with his best friend, and he'd probably kill Oren. But if I play my cards right, no one will ever know about this. Not even Ten.

Maybe after tonight, I’ll finally get over this stupid, irrational crush I hate having on the biggest jerk I’ve ever met. Or maybe I’ll just end up falling for him even harder. Maybe I’ll discover there’s so much more to my crude, carefree hunk than meets the eye.

My Thoughts:
I definitely enjoyed this book, but I have to admit that my first thought upon finishing it was that the book is a little bit long for the story that it tells. It definitely could have been condensed a bit. That being said, there are tons of great scenes and great characters, and if you’ve been following the series you’ve probably been waiting and waiting for a Ten/Caroline book, and A Perfect Ten was a lot of fun in that regard.

I liked that we get to see behind Ten's mask here. He’s still the Ten you know from previous books (more than a bit crude, tons of swearing, etc), but he’s also a sweet guy, a very loyal guy. We’ve seen glimpses of this before, but it really comes out when he’s around Caroline. You can tell how much he cares about her. Caroline is a character we’ve seen around the periphery of the series, her being Noel Gamble’s little sister. Caroline is super outgoing and a bit crazy, which makes her the perfect match for Ten (or Oren as only she can call him).

I liked this book a lot, but it wasn’t without its issues. There’s the length issue that I mentioned above (okay I really feel like Ten would interrupt here and say “that’s what she said”), but I also felt like the reason for Ten and Caroline staying a secret was a bit overdone (or maybe it just went on for too long?). I think this is because I also found it hard to identify with Noel's reaction to them as a couple, as if Ten wasn't a totally loyal friend to him. It felt a bit out of character for Noel to be such an asshat. On the other hand, I liked seeing a different side to a hero from a previous book.

While I didn’t like this book as much as some of the others in the Forbidden Men series, I still loved the dynamics of it enough to rate it 4 stars. Linda does such an amazing job of writing group scenes and adding in mentions of previous couples. I especially loved following up on Quinn and Zoey (or Zwinn as they become to be known) from With Every Heartbeat. While this wasn't a perfect read, I still enjoyed it quite a bit. It's a very decent New Adult book. I highly recommend the series in general, and I know if you start reading these books you’ll be dying to read this addition to the series. 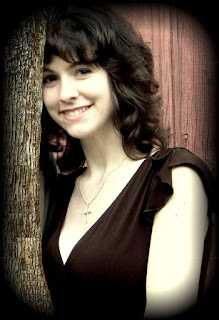 About Linda:
Linda grew up on a dairy farm in the Midwest as the youngest of eight children. Now she lives in Kansas with her husband, daughter, and nine cuckoo clocks. Her life's been blessed with lots of people to learn from and love. Writing's always been a major part of her world, and she is so happy to finally share some of her stories with other romance lovers.

It would have to have:

--"Sweet Caroline" by Neil Diamond - because that's the song Asher sings for the group when Ten demands a song out of him at the end.

--"We Want Some P---y" by 2 Live Crew - because that's Ten's ringtone on his cell phone at the beginning of the story.

--"GDFR" by Flo Rida - Perfect for the scene where Caroline becomes Midnight Visitor because that's when it "goes down for real!"

--"Honey, I'm Good" by Andy Grammer - This would work for the scene where Ten turns down the girl who comes onto him after he hooks up with Caroline.

--"Fireball" by Pitbull - I always imagined a drunk Ten and Caroline dancing to this song on the beach the night they're in Lake Tahoe.

--"Catching Stars" by One Republic - I imagine this song happening during one of Ten's introspective scenes where he's missing Caroline and wishing he could be with her openly.

--"Iris" by Goo Goo Dolls - This just feels like it would fit perfectly in the scene where Ten and Caroline seriously claim their love for one another in her bedroom, right after her younger brothers beat the crap out of him!

--"Thinking Out Loud" by Ed Sheeran - Would be a good closer for their epilogue!

And that's the playlist I came up for A Perfect Ten!

Thanks, Linda!! Everyone, be sure to follow along with the rest of the tour on Tasty Book Tours.