C. Quinn and E. Lee's amazing new novel in their Broken Heartland Series, STORM WARNING, is out today and we are excited to join in the release day launch for it. STORM WARNING is a thrilling Young Adult Contemporary you are not going to want to miss! Check out what we have for you today and then enter to win in the release day launch giveaway! There's also a fantastic excerpt for you. But be aware! The Storm Is Coming... 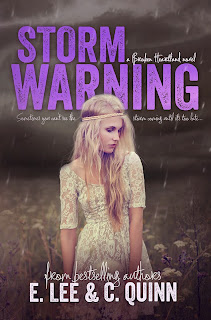 EXCERPT:
Hope’s Grove was small. Everyone knew about her parents, and she was already dreading facing them since the news of her dad’s affair had hit. But facing them without her brother and her best friend would be her worst nightmare.

After the girls had said their goodbyes and she’d watched her friend’s taillights fade down the drive, Ella Jane scuffed her boots along the winding dirt road that led her home.

She was about halfway there, watching the sun sink low in the evening sky, when the unmistakable rumble of a pickup truck came barreling down the road behind her. She stepped aside to let it pass without looking back. But it didn’t pass. It slowed practically to a stop right next her.

She turned, wondering what the heck the driver’s deal was. There was more than enough room for him to go around. But the smiling face beneath the backwards trucker hat sent the words on the tip of her tongue swirling away with the dust the truck had riled up.

She bit her lip and grinned. Warm brown eyes gleamed in her direction. “Hey there, Ellie May. Need a ride?”

She rolled her eyes. Why Brantley Cooper couldn’t call her by her actual name was beyond her. But as long as he was talking to her, she really didn’t care much what he called her. He can call me ‘flower’ if he wants to.

The three of them had met at the same time as kids but Coop and Kyle had become like brothers instantly. She’d always tagged along wherever they went. Kyle had whined about it when they were younger but Coop always made her feel welcome. He held doors open for her so she didn’t get left behind, made sure to invite her despite her brother’s protests, and lately he’d even stopped by and hung out even when Kyle wasn’t home. And this year, she’d be a junior and Coop would be a senior. With her big brother away at college, she couldn’t help but fantasize about what might happen if she and Coop spent time together alone.

“Hey, Coop. Lynlee just left so I was just…” She glanced toward home. Kyle wasn’t back from football camp yet, and her mom was baking herself to death, trying to keep her mind off of everything.

“Yeah, I heard the Wicked Witch was moving west. You up for some fishing? I have to drop my bike off at the house but we could swing by the lake after.”

She should get home. She knew she should. Should order a pizza and convince her mom to take it easy for a night. Except…it was Coop. And in all her sixteen years, he was the one boy she’d never been able to say no to.


ABOUT STORM WARNING:
Book 1 in the Broken Heartland Series

Sometimes you don’t see the storm coming until it’s too late...

Severe Storm Warning Tip #2: If you see approaching storms or any of the danger signs, be prepared to take shelter immediately.

Severe Storm Warning Tip #3: They may strike quickly, with little or no warning.

Situated just outside of Oklahoma City, Calumet County is divided into two drastically different communities: Hope’s Grove and Summit Bluffs. One is the small backward town where dirt roads lead the way to field parties and railroad tracks. And the other, a sprawling suburb where paved drives lead to the landscaped lawns of the wealthy and privileged.

For five teenagers smack in the middle of Tornado Alley, summer is heating up fast. The winds of change are blurring the invisible line that divides the rich and the rural.

One has a secret.

One has a crush.

One has been lying.

One will get caught.

They’re from two different worlds…but one summer is about to change everything.

About C. Quinn and E. Lee:
Whether you believe in destiny, divine intervention, or just plain ol' dumb luck, several things happened in 2013 that caused E. Lee and C. Quinn's paths to cross. It may have been that the stars aligned perfectly, or the fact anytime Luke Bryan was mentioned on a social media site both of them were tagged, or maybe it was just that their small town roots and country girl attitudes were magnetically drawn together—calling out to one another, “Y'all should write a book!” Despite geography keeping them apart—Lee in Illinois and Quinn in Alabama—they did. Thanks to three-hour phone calls, ridiculous amounts of online chats, and umpteen Google Docs—Storm Warning is the first book in their edgy new Young Adult series, Broken Heartland. 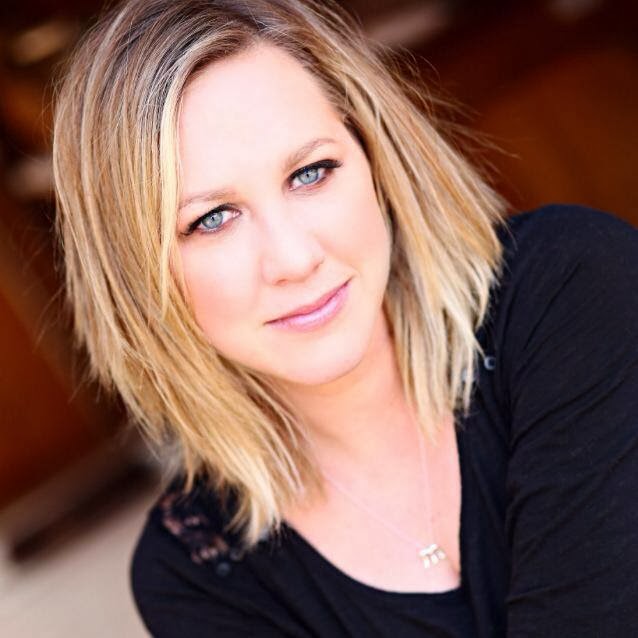 Find more information about the series: