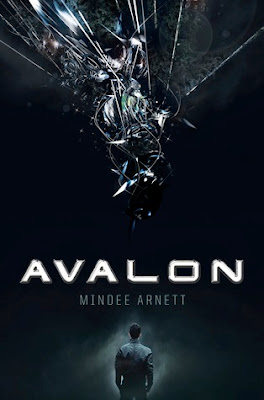 A ragtag group of teenage mercenaries who crew the spaceship Avalon stumble upon a conspiracy that could threaten the entire galaxy in this fascinating and fast-paced sci-fi adventure from author Mindee Arnett.

Of the various star systems that make up the Confederation, most lie thousands of light-years from First Earth-and out here, no one is free. The agencies that govern the Confederation are as corrupt as the crime bosses who patrol it, and power is held by anyone with enough greed and ruthlessness to claim it. That power is derived from one thing: metatech, the devices that allow people to travel great distances faster than the speed of light.

Jeth Seagrave and his crew of teenage mercenaries have survived in this world by stealing unsecured metatech, and they're damn good at it. Jeth doesn't care about the politics or the law; all he cares about is earning enough money to buy back his parents' ship, Avalon, from his crime-boss employer and getting himself and his sister, Lizzie, the heck out of Dodge. But when Jeth finds himself in possession of information that both the crime bosses and the government are willing to kill for, he is going to have to ask himself how far he'll go to get the freedom he's wanted for so long.

Avalon is the perfect fit for teens new to sci-fi as well as seasoned sci-fi readers looking for more books in the YA space-and a great match for fans of Joss Whedon's cult hit show Firefly.

My Thoughts:
Avalon has been hailed as “Firefly in YA book form”, and there's definitely something to be said about the correlation between the two. The characters have similar vibes, and it’s set in space where the governing system is similar to the Alliance on Firefly. However, while Firefly hooks you in right from the beginning with complex characters, witty banter, and an intelligent plot, I didn’t feel the same about Avalon. There was just something lacking.

I definitely didn’t wholly dislike the book, but I didn't feel the passion and emotion toward the characters like I should have. I was interested in the story, but even when the stakes were extremely high I just wasn’t wholly invested. By all signs this is a book that should have been a “me book”, but I ended up feeling fairly neutral toward it: nothing really bad to say, but nothing really good either. I guess this is one you’ll have to check out for yourself and see if you can find the “it factor” that I thought was missing. If you can relate to the characters or connect with them in a way that I didn’t, then I definitely think this is a book that you could fall for.