Guest Post: My Models Died Years Ago by Lisa Brown

I'm really excited to share a guest post today which relates to Picture the Dead by Adele Griffin and Lisa Brown. In my review (which will be posted in a couple of days) you'll see that I loved the illustrations, so I was excited to have this particular guest post to share with you all.


My Models Died Years Ago
By Lisa Brown
ALMOST EVERY CHARACTER in Picture the Dead has a real-life 19th century counterpart, unearthed from the archives of the Prints and Photographs Division of the Library of Congress. Here are some of my models and their correspondent illustrated selves. 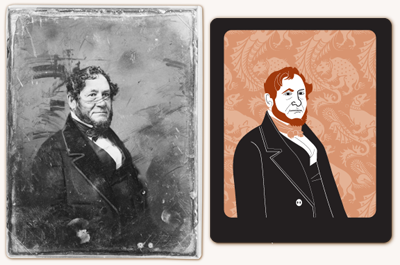 Uncle Henry Pritchett. I drew him unaltered from his original photograph. Couldn't improve upon perfection. I am especially pleased with the pattern I found for the background, however. All of the "wallpaper" patterns are made from actual Victorian designs that I mostly discovered in clip art Dover books. http://store.doverpublications.com/ 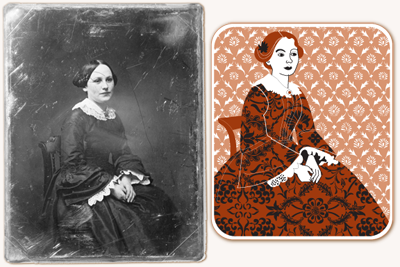 Jennie Lovell, our indomitable heroine. I changed her hairstyle in later versions, after Adele described her hair as lush and curly. Her dress reminds me of the clothing in the "Sound of Music;" that is, made from old curtains. 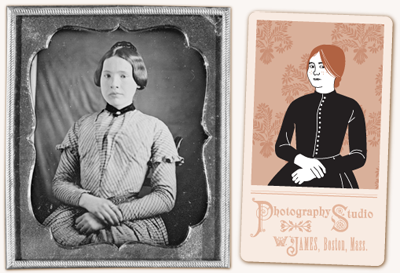 Mavis, the little Irish maid. Her dress is much simpler than her employers', no pattern or stylishly puffed sleeves. Note how she looks a bit frightened. 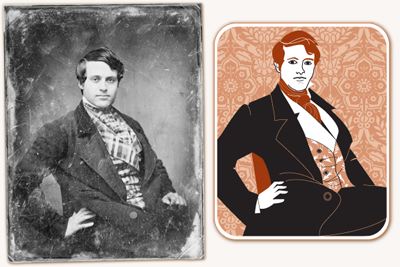 William Pritchett. The epitome of "dashing." I'm fairly smitten with Will and his brother. Check out the wonderful Tumblr blog, http://mydaguerreotypeboyfriend.tumblr.com/, for more dead hotties. 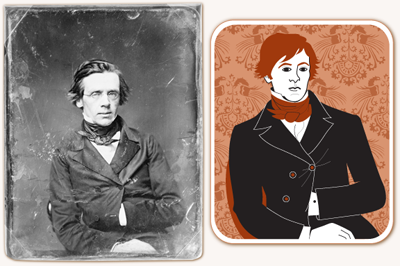 Quincy Pritchett, my absolute favorite. His original model is a bit too old for the part, so I regressed him to his teenaged self and removed his glasses. He gets even sexier, in my opinion, later on when he sports an eye patch. Arrrrrr!

And here a little side note regarding dear Aunt Clara. I honestly had trouble finding a model who was detestable enough to represent Clara in all her vile-ness. I was particularly keen to portray Adele’s incredible description of a “chin that wobbled like aspic.” Nobody during the Civil War era seemed to have such a chin. I tried concocting a composite from several existing portraits, but, in the end, I had to invent Clara out of whole cloth, sketching her out by hand. I gave her the requisite double chin, little girly ringlets, and an air of entitlement. Voila. Aunt Clara. 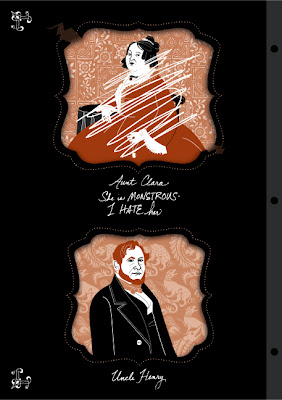 Here, at least, is an example of a model for her dress, expanded: 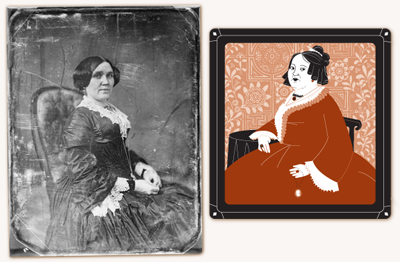 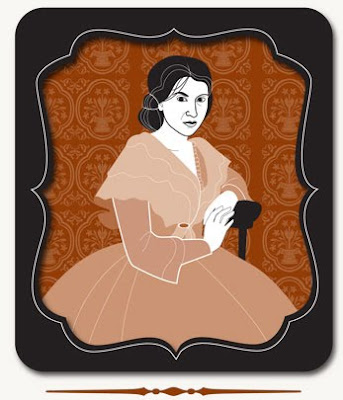 Thanks so much for Sourcebooks for providing this shared guest post with me, and Lisa for writing it up originally. I was fascinated with the illustrations, and I love how Lisa used real pictures as her inspiration!