I've had the pleasure of attending some pretty awesome book events over the past couple of months. I always have fabulous intentions of posting about them right away, but that just... doesn't happen. (Except, you know, when Kelley Armstrong came to my freaking house. That had to be reported on pronto).

So, these recaps are definitely in the "better late than never" category, but I thought you guys still might want to hear about them.

First up, the YA Apocalypse Tour came to London (Ontario) on May 4... 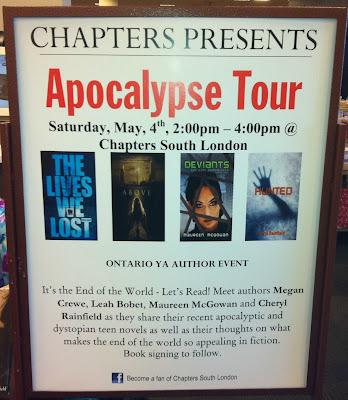 So, that sign ^^ kind of lied, because while we were expecting a talk it ended up just being a signing.

Before we talk about how awesome the authors are, let's talk about how NOT awesome the store was. You know how usually at a bookstore where an author is there they announce it over the PA system and make a big deal? Yeah... none of that happened. Maybe it was different behind the scenes, but I didn't see any of the employees try and play up the fact that 4 pretty big-name authors were there. The other bloggers and I were super disappointed about how discourteous the store seemed to be toward the authors.

So while there wasn't a big turn out for the authors (which made me super sad), a few of us stayed and chatted with the authors for probably more than an hour. We did talk about their books, but also a lot about books and movies they enjoy, cover changes on books, what's popular right now, etc.

Definitely if you have a chance to meet any of these ladies, do so, because they are all so friendly and kind. 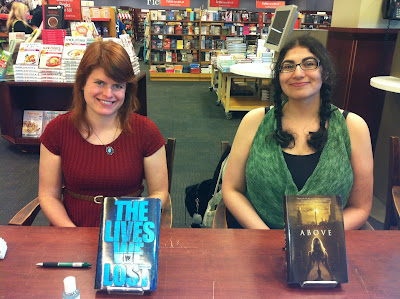 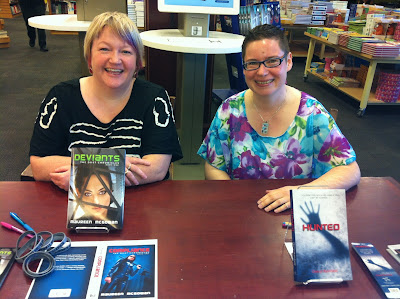 Then on May 10 the HarperCollins Pitch Dark Days Tour came to Lansing, Michigan. Now, this isn't right next door, but it's easily driveable (aka not a lot further from here than Toronto is). This event was featuring Kiera Cass, Elizabeth Norris, Aprilynne Pike, & Amy Tintera. 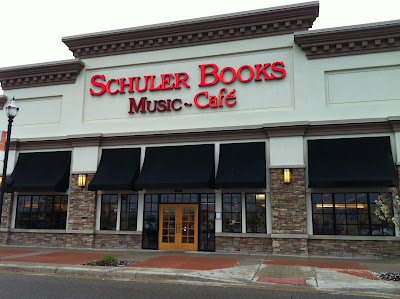 Schuler Books, where the event took place. Such a nice store!! 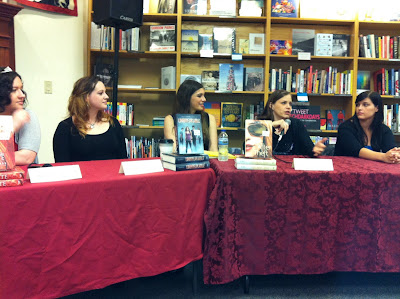 All the authors with their publicist in the middle 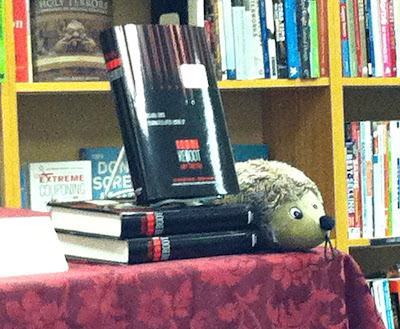 Snarkles made an appearance!
I was actually able to take some pretty good notes on my phone re: what was talked about, so here are some fun facts, arranged by author: 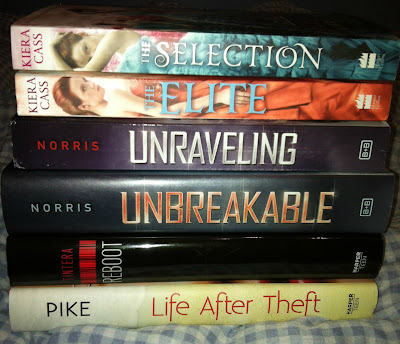 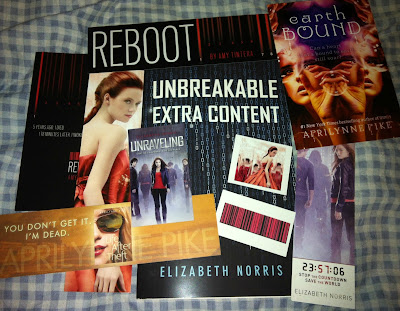 Swag I picked up!
Overall, clearly a lot of fun, and I was so glad I was able to attend both. Next recap? Rochester Teen Book Festival 2013. Hopefully that will be up next week.