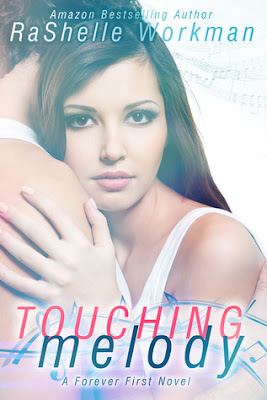 
Synopsis: (from Goodreads)
Sometimes life isn't pretty, but you have to close your eyes and let go...

Maddie Martin's first weekend at college is nothing like she's used to. It's wild, like the wilderness on which the University of Bellam Springs sits. Roped into going to a fraternity party, she literally runs into Kyle Hadley. The boy she's loved since she was nine. The boy she promised all of her firsts to. But that was before his father killed her parents.

Determined to stay away from him, she throws herself into her music. Practicing piano eases her heavy heart, calms the sadness, and pushes away images of Kyle's face.

Her music professor asks her to play a duet for their annual Winter Gala. Doing so means she'll be assured another full ride scholarship. It's an opportunity she can't pass up.

But Kyle is the other half of the duet. And that means hours and hours of practicing.

Weeks of seclusion - just the two of them. And it's more than just music. It's passion like Maddie never believed was possible.

The inevitable happens. She falls in love with him all over again.

But, will loving him be enough to erase all the hate in her heart for his father? Can she look at him, and not see the evil in his family tree?

And maybe it's all a set up. Maybe Kyle is only pretending to care so he can finish what his father started, and kill her too

My Thoughts:
You guys, just look at that synopsis. Admittedly it’s super dramatic, but think about how intriguing that story could be! I was totally drawn in by the plot description, and despite the inevitable chemistry angle of the story, I felt like it could be so different from a lot of New Adult titles out there. Unfortunately it fell into so many of the tropes of the genre, and not in any good way. Kyle is the guy who has a crazy reputation with women. Maddie is the shy virgin who’s been saving herself for Kyle, and yet she’s somehow afraid of him too. I didn’t get how she could want this guy so much while supposedly being terrified of him.

I feel like the book had serious potential, but so many moments were wasted. There wasn’t a lot of segue between important moments, and scenes where important conversations should have taken place turned into make out scenes instead. The whole feel of the book was weird, like reactions and discussions that were very necessary got cut in favour of kissing. I’m all about kissing scenes, but when they feel awkward and out of place instead of hot? Not so good.

Instead of getting better the book then delved into something even crazy, which just made it seem all the more ridiculous. I so wish I could say I liked this one, because negative reviews make me sad, but 'Touching Melody' was just over the top and all over the place -- definitely not the book for me.

The Cover:
A little washed out for my taste, but still pretty, especially with the music note details.