The Shape of My Heart by Ann Aguirre 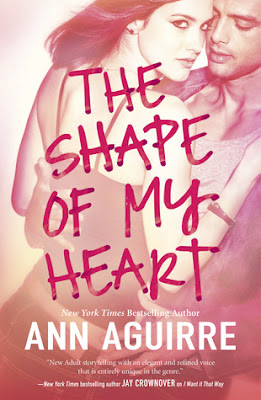 Some people wait decades to meet their soul mate. Courtney Kaufman suspects she met hers in high school only to lose him at seventeen. Since then, Courtney's social life has been a series of meaningless encounters, though she's made a few close friends along the way. Especially her roommate Max Cooper, who oozes damaged bad-boy vibes from every pore.

Max knows about feeling lost and trying to move beyond the pain he's been on his own since he was sixteen. Now it's time to find out if he can ever go home again, and Courtney's the only one he trusts to go with him. But the trip to Providence could change everything because the more time he spends with Courtney, the harder it is to reconcile what he wants and what he thinks he deserves.

It started out so simple. One misfit helping another. Now Max will do anything to show Courtney that for every heart that's ever been broken, there's another that can make it complete.

My Thoughts:
If you read my reviews regularly you know that I’ve been loving Ann Aguirre’s New Adult 2B trilogy. This final book in the trilogy, The Shape of My Heart, stars Courtney and Max. Courtney is a very cool chick; she’s spunky and outgoing, but she also has a soft side to her. While it doesn’t totally take over her life, she’s very much still suffering over the death of her high school boyfriend, who was also her best friend. Our hero, Max, is a very layered character. We’ve seen some glimpses into his true self over the past two books, but here we get his full story. Max is someone who has made something of himself despite his rough past. He’s actually very vulnerable, and he’s one of those people who is so lovely but doesn’t see his own worth.

Courtney and Max are very intense together, but their relationship feels so right. They grew incredibly close as friends first, a situation where going to the next level made perfect sense. Of course since this is a novel, and reading about total happiness tends to be boring, there has to be a wrinkle in the perfection of their relationship. I was a bit disappointed in how things went down. In some ways it fit the characters, but I was frustrated with Max’s actions and confused as to why both of them made it seem like Courtney was completely in the wrong.

Overall, though, I thought this was a good book with awesome main and secondary characters. I do have to say that I Want It That Way is my favourite book of the three, but I still enjoyed every book in the trilogy. Ann Aguirre has a great talent at writing diverse college aged characters who feel like real young adults. I love that her books include drama without going over the top, and that they tell a great story of character growth for each of the the main characters, as well as a sizzling romance. 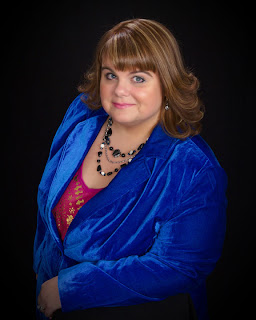