I hope you've been enjoying this series on my favourite underrated YA novels. Let's continue to champion lesser known and underrated books!

Another reminder that you should definitely check out the #quietYA hashtag, started by @DailyJulianne for tons of great under the radar suggestions.

Here's the 4th and final part of my list, with a reminder that stats were gathered on April 6, 2015 and may have changed since then... 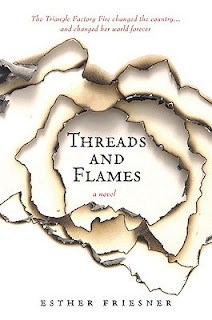 Threads and Flames by Esther M. Friesner [409 ratings, 3.89 average]
I read this book for an underrated books event, so it's not a surprise to me that so few people have heard of this one. It is an incredible shame, though, because Threads and Flames is a deeply touching book. It's a novel, but it describes the real-life events of the Triangle Shirtwaist Factory Fire and in doing so it also describes what living and working conditions were like for immigrants in NYC in the early 20th century. This book is so hard hitting and emotional, I highly recommend it.

The Princess in the Opal Mask by Jenny Lundquist [617 ratings, 3.87 average]
This is the start of an exciting duology, filled with political factions and plotting nobles. It contains issues of family, friendship, and romance all tied together under the plot about the kingdom. Recommended for fans of Throne of Glass or the Seven Realms series.

The Holders by Julianna Scott [756 ratings, 3.87 average]
Loved the world, the plot, and the narrative voice. This is the type of book where you’re not necessarily surprised by anything that happens, but you love the journey getting there. There’s a total X-Men vibe to this story, but it holds its own with unique characters and story.

Spies and Prejudice by Talia Vance [1,286 ratings, 3.47 average]
Veronica Mars meets Pride & Prejudice. Fun and effortlessly high concept. It's not often you get the contemp YA feels with friends, family, and romance AND an action packed plot with spies and corporate espionage. 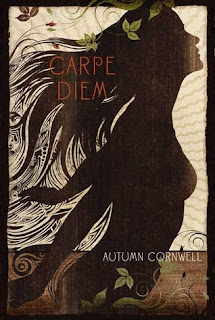 Carpe Diem by Autumn Cornwell [1,806 ratings, 3.95 average]
An absolutely hilarious and moving story about traveling off the beaten path and being willing to let go of best laid plans.

Harmonic Feedback by Tara Kelly [2,223, 3.92 average]
A very beautiful and emotionally honest book. The main character, Drea, is obsessed with music and she also happens to have Asperger’s. I liked how the author wrote that the book wasn’t about Drea and her “conditions”, but that it was a book about a person’s journey who happens to have a diagnosis.

When You Were Here by Daisy Whitney [2,912 ratings, 3.83 average]
I'm actually devastated that so few people have read this book. It is gorgeous! So sad and moving, meaningful in both its portrayals of grief and of renewal and hope. Bonus points for: male narrator, an important POC character, a great platonic friendship between a guy and girl, and a fab dog character.

The Book of Blood and Shadow by Robin Wasserman [4,061 ratings, 3.57 average]
If you enjoy foreign locations, treasure hunts, history, and relationships that will leave you reeling (and who doesn't?!), then this is definitely a book for you. This is kind of like a YA Da Vinci Code, but full of emotional intensity and character depth. 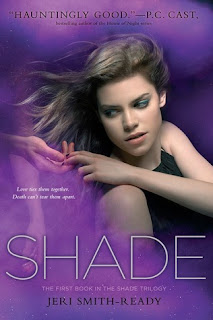 Where the Stars Still Shine by Trish Doller [5,757 ratings, 3.83 average]
This is a gorgeous book about family, identity, and making your own choices. I absolutely lovedddd it! I adored the Florida setting, the big Greek extended family, the steamy and sweet romance, and all the layers to this story.

Shade by Jeri Smith-Ready [Book 1: 11,156 ratings, 3.89 average; Book 3: 2,964, 4.18 average]
This book alone is not necessarily very low key -- there's over 11,000 ratings on Goodreads for it. But by the time you get to Shine (Book 3) it's down to only a few thousand, which is a SHAME because this is one of my favourite trilogies. It's epic, it's romantic, it's heartbreaking and hopeful. I highly recommend you read Shade and continue on with the series. It's got ghosts, teenage angst, lots of music love, science/astronomy, and a hot Scot (#TeamKilt, anyone?).

So many good books! You can check out all my recommendations by looking at the Underrated Label on my site.