Today I'm pleased to be hosting author Sheryl Steines for a guest post relating to her book 'The Day of First Sun'. First, here's a little bit about Sheryl... 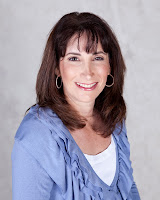 Sheryl Steines’ mind is chaotic and surprising and it shows in her writing. Never one to sit back and see what may come, Sheryl is driven to write everyday. Somehow, amidst the chaos, she finds the time to volunteer and give talks to book clubs and students about her writing. She even walked the Avon Breast Cancer walk two years in a row.

Sheryl’s series Annie Loves Cham is full of surprises and mystery. Refusing to be restricted by genre Sheryl has taken the characters she loves and set them in new situations which test them and their friendships. The second book in the series is set to release in late summer 2012.

Sheryl can be found on Twitter, Facebook, or her blog. She also encourages her readers to email her and let her know what you think of Annie and Cham!

Aspects of the Book
Since I published my first book The Day of First Sun, I’ve had a ton of questions about a variety of things. Where did I get the ideas? What is my writing process? Why did you choose to write a murder mystery? You can’t write a fantasy book with vampires, witches, time machines and demons all in the same story? You can’t do that! Huh? I’m actually overstating the last, but something similar did happen once, but I’ll keep that story for another day.

What people really want to know; where I come up with my ideas. It’s a fair question. Where do ideas come from? They come from all sorts of places. Documentaries, television shows, books, or museums. All it takes is just one spark to form an idea. And all these things came hurling at me at one point in time and space. In my case, Harry Potter, Buffy the Vampire Slayer, and Charmed hit me at once and each played a role in my deciding to write a book and what that book would ultimately look like.

Their link was fantasy. Once I had the genre, the characters began to develop. The best part of the fantasy genre is the unlimited range of characters, creatures and evil beings that you can draw from, either made up or borrowed from history, Greek Mythology, or folk tales. I really knew from the beginning my main characters would be witches and wizards and I really liked the idea that they were crime fighters, much like in Charmed or similar to Aurors in Harry Potter. I made them Wizard Guards in my world, magical police officers that are responsible for anything from vampires and demons, to evil witches and wizards, to protecting the non magical world from magic. With that premise, the book would be opened for anything.

I originally chose a vampire nemesis because in my world, they don’t sparkle, they aren’t human in any way, and they are evil, soulless beings who could be thrown into any situation where evil is being done, sold or created. So what would my vampire be doing to cause havoc for the heroine of my story? While I was drawing up the ideas for my book, I was watching the evening news and it had a story about the royal family. I sat up taller thinking to myself, what would happen if one of the members of the royal family was bitten by a vampire? Well, it could happen, couldn’t it?

A story started to form inside my head; a high profile magical murder of a non magical princess. How do you solve her murder in front of the entire world and still keep magic hidden? Why is she killed? Who killed her and how is the vampire related?

I’m not much of a planner, when it comes to my books. I do a rough outline and have a general idea of where I want the book to go. As I write, I let the story reveal itself to me. I’m surprised as the reader would be surprised and like the reader, I’m not fully sure of what’s going on. Which is how zombie’s came to have a very small part in the story.

I’m sure, had I planned the story more fully in the beginning, it might not have taken me as many rewrites to get it to where it evolved to, or I may have written it a little differently, but all the pieces and parts fell into place, the right place over time. Each character, each being, each element found its way into the book at some point in the process. They each have their meaning or their function in the story. It’s a disjointed way to formulate and write a story, I’ll give you that, but the way my brain works, it happens to work for me.

And as it happened, each piece of the story fell into place as I needed them to. And in the end, they each had their place and meaning. Sometimes planning works and sometimes being surprised keeps you open to any possibility and works just as well.

More about The Day of First Sun: 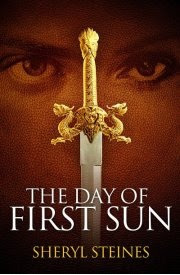 Annie Pearce and Cham Chamsky are tracking the vampire Sturtagaard when they are enlisted by the FBI to solve the murder of Princess Amelie. This isn’t an ordinary murder for the Wizard Guards, this is a magical murder of a non-magical princess. They must determine who killed the princess and in the process they learn there was more to her murder than originally thought. As they dig deeper into the mystery they must do so in front of the world while still protecting the secret of who they are and their lives in magic.

You can find 'The Day of First Sun' on Goodreads, or check out all the places to purchase it here on Sheryl's website.

Thanks so much for stopping by Book Labyrinth, Sheryl! It's cool to hear about all those elements of the story coming together.