A Matter of Forever by Heather Lyons (Tour Review & Giveaway) 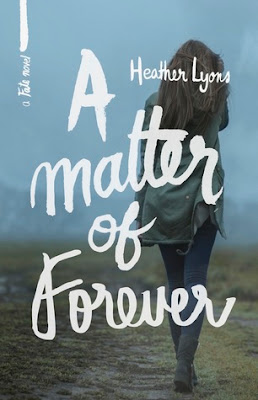 Chloe Lilywhite has struggled for years to find her footing in a series of dangerous and demanding worlds. Creator, first tier Council member, and one of the most powerful Magicals in existence, she was little more than one of Fate’s pawns. But now, Chloe is back home and ready to call the shots. She knows what she wants and who she wants to be.

Except the Elders never got the memo.

Annar and Magical-kind are under attack. The lives of Chloe’s loved ones, and life as they know it, are at stake. Chloe's the key to taking the Elders down, but they won't go quietly into the night.

This time, neither will Chloe.

*This is a New Adult title, suitable for readers 18+.

My Thoughts:
Looking at my review notes for A Matter of Forever, my first response was “wow wow wow!” That alone says a lot. I’ve said it before and I’ll say it again: I believe that Heather Lyons gets better with every book she writes. While this isn’t my favourite book of hers (The Deep End of the Sea holds that honour), I absolutely enjoyed it.

I think the theme word for the Fate series, but especially for A Matter of Forever, should be "intense". This book features intense action, intense emotions, and intense decisions. There are some seriously swoony scenes in this book, and a few lighter moments, but mostly I would say that this book features emotional upheaval. The journey comes to an end in this book, which means there are a lot of things happening. I thought it was pretty much the perfect conclusion, although I think the ending will be contentious to some. It’s a painful ending, but a beautiful one too. As much as it hurt to read, I understand why Heather ended things this way, and I do believe that it was the only way that any type of Happily Ever After could be achieved.

There are a lot of things about the Fate series that I really enjoy. I loved the continued role of surrogate parents in this book, that you can have a family of your choosing. I also enjoyed the platonic love between Will and Chloe. In terms of world building, I think that Heather Lyons has created something that’s easily on par with what the big New York publishers put out. If you haven’t read this series, I definitely recommend it. These books are very addictive, and I almost guarantee that they will have you emotionally involved from the very beginning.

And don’t miss the first books in the Fate Series! 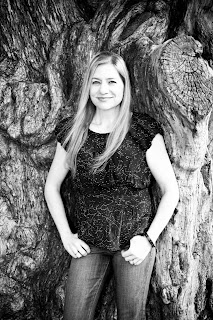