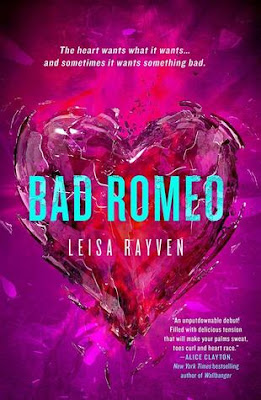 While performing the greatest love story of all time, they discovered one of their own...

Cassie Taylor was just another acting student with big dreams at her prestigious performing arts college, then she met Ethan Holt. She was the good girl actress. He was the bad boy on campus. But one fated casting choice for Romeo and Juliet changed it all. Like the characters they were playing on stage, Cassie and Ethan's epic romance seemed destined. Until it ended in tragedy when he shattered her heart.

Now they've made it to Broadway where they're reunited as romantic leads once again, and their passionate scenes force them to confront the heartbreaking lows and pulse-pounding highs of their intense college affair. For Ethan, losing Cassie was his biggest regret, and he's determined to redeem himself. But for Cassie, even though Ethan was her first and only great love, he hurt her too much to ever be trusted again. The trouble is, working with him reminds her that people who rub each other the wrong way often make the best sparks. And when it comes to love, sometimes it's the things that aren't good for us that are the most irresistible.

Don't miss the intoxicating romance beloved by over two million fans online--a story that will captivate you and hold you breathless until the final page.

Bad Romeo tells a story we may have read before, at least on the surface. It features a broken boy with emotional issues who has MAJORLY screwed up (we’re not completely sure how), but now he’s reformed (supposedly) and he wants another chance. It’s the girl-loves-emotionally-unavailable-boy story. Our main character, Cassie, hasn't been able to replace said boy (Ethan) in her bed or in her heart, but she’s understandably leery to trust him again.

Ethan is also a character who changes and evolves. He's a real jerk at the beginning of the book, where in real life it would be like "see you later, jackass" but in the book he has enough charming vulnerability for you to say "get it, girl!". You cling to the good parts of the character and really want him to be the best version of himself, which definitely comes out in present Ethan. Ethan from now is charming and cocky and delicious, minus the crippling emotional issues of Ethan from then.

Basically, I loved (loved loved!) this book, and considering there's very little actual sex going on it's a surprisingly sexy and steamy read. I absolutely loved this story, but I am a bit disappointed that it ended on a cliffhanger. It felt like with another 30 to 50 pages we could have had the whole story, rather than drawing things out into a sequel. Of course since this book was so good in general I’m really hoping that the second book will give us a great full story rather than dragging out the will they/won’t they for another novel. Bad Romeo is an absolutely amazing read, and I can’t wait for more from this author.