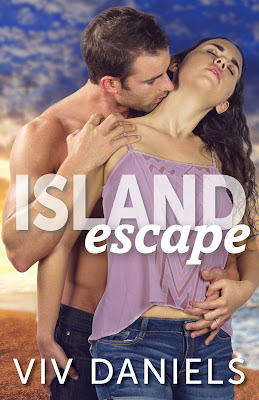 Adam
Luxury yacht, tropical seas, babes in bikinis…dream job, right? Wrong. The passengers are rich jerks who treat the crew like garbage, when they aren’t pretending we’re their whores. The best day was when that cokehead heiress Kalina tried to fire me just for doing my job. I swore I’d never go back home to my parents and their crazy fundamentalist ranch in the desert, but nothing could be worse than this.

And then the pirates attack.

Kalina
Luxury yacht, tropical seas, billionaire boyfriend…dream trip, right? Wrong. After catching my man getting “extra services” from the maid, I know I’m the laughing stock of passengers and crew. Every time I lay eyes on that quiet, handsome deckhand Adam, I can feel him judging me. I want to die, and when the pirates show up, I think I’m going to.

But Adam… he saves me. Now we’re alone together on a lifeboat in the open ocean. Adam thinks we don’t have a chance, but thanks to him, we’ve made it this far.

And then, in the distance, I spot an island…

My Thoughts:
Island Escape is a prequel to the Island series. While I haven’t yet read Book 1, it’s clear that this Book 0.5 sets up how the island was discovered and why people are living on it now.

One of our main characters, Kalina, starts out as the stereotypical rich party girl. She and her friends aren’t exactly the most endearing, with their behaviour toward the yacht’s staff and their partying drug habits. However, even when I was unsure if I really empathized with Kalina, there was still a softer (and maybe deeper) side to her. We see that she’s a secret romantic and that she has fears relating to the death of her parents. Adam grew up completely away from society, making him pretty much the complete opposite of Kalina. He’s a crew member on the yacht, drooled over by all the rich girls. He hates the wasteful, rich lifestyle and how Kalina's group treats those “lower” than them.

As you can see from the book’s description, Island Escape becomes much more than an opposites attract romance. It’s a survival story, about how Kalina and Adam stay alive in the open water, and then on a deserted island. Personally I love these types of stories. I mean, On the Island by Tracey Garvis-Graves? Utterly compelling. Island Escape doesn’t disappoint in this regard. It offers up crazy action scenes and dangers that you would expect to encounter.

I really love how Viv Daniels wrote the character changes in this book, especially with Kalina. We knew from the beginning that Surface Kalina wasn’t who Kalina really was, but being on the island forces her to sober up (literally) and examine herself. She transforms into a strong and caring person, and it’s really awesome to watch. The connection between Kalina and Adam was also great. The spark between them starts as lust, but it definitely becomes a real partnership.

Island Escape is a quick read, a great book to pick up if you’re looking for something with romance and the thrills that come with a survival tale. It features a few twists to leave you wondering, and it’s a sweet and sexy book, too. I can’t wait to see where Book 1 in the series takes us. 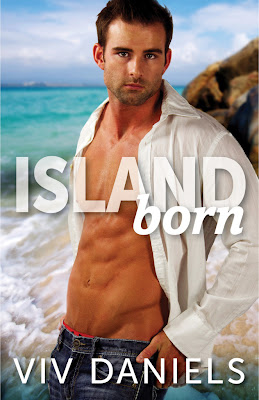 
Once you come to the island,
You’ll never be the same.

Joshua Truman grew up on a private island in the South Pacific with only his philosophy books and the beauty of his surroundings for company. His billionaire parents raised him to be the perfect man, brilliant of mind and pure of spirit.

You know what? Purity be damned.

When tempting grad student Carrie Young arrives on his island with a group of researchers, Joshua makes his move. He wants her, and he’ll utilize every advantage of his gorgeous surroundings and exquisitely thorough education to seduce her.

Carrie is shocked by the things this supposed innocent is making her feel. But she must resist him, for Carrie is the keeper of dangerous secrets, and her boss has plans more devious than anyone knows…

The first of the 4-book ISLAND series. 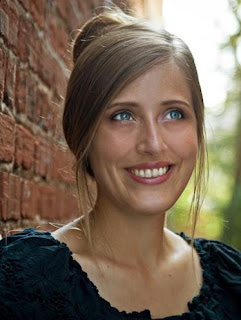 About Viv:
Viv Daniels writes love stories for the young and young at heart. Like many of her characters, she met her husband in college, and knows all the ins and outs of navigating that kind of relationship -- from how to date when you're both flat broke to how to fit two people in narrow dorm room bed.