I've really enjoyed all the books I've read from Sourcebooks. They're such a great smaller publisher, and I find that their YA releases are always smart and thoughtful. I was really excited when I went into Chapters the other day and saw Janet Gurtler and Miranda Kenneally's books on the shelves there.

On May 1st two Sourcebooks titles were released that look PERFECT for summer. They are: 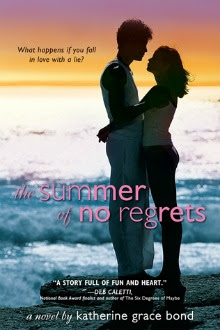 The Summer of No Regrets by Katherine Grace Bond


This was the summer that would change my life.

So when Luke came into my life, I decided to keep him a secret. Maybe he as a dead-ringer for notorious Hollywood bad boy Trent Yves. And it was possible that everything he told me was a lie. And yes, I was probably asking for trouble. But all I saw was Luke--sweet, funny, caring--someone who would let me be the real me.

But which was the real him? 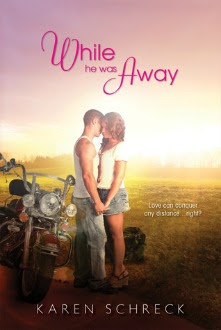 While He Was Away by Karen Schreck


One year--he'll be gone for one year and then we'll be together again and everything will be back to the way it should be.

The day David left, I felt like my heart was breaking. Sure, any long-distance relationship is tough, but David was going to war--to fight, to protect, to put his life in danger. We can get through this, though. We'll talk, we'll email, we won't let anything come between us.

I can be on army girlfriend for one year. But will my sweet, soulful, funny David be the same person when he comes home? Will I? And what if he doesn't come home at all...?

Have you read either of these books? Which one should I read first?

I remember putting them on my TBR list MONTHS ago, first because of the fabulous covers, and second because of the interesting sounding plots... yut I haven't had a chance to pick them up yet!