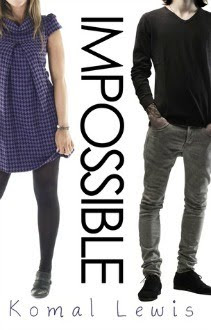 Synopsis: (from Goodreads)
Ashton Summers is on her way to becoming the most popular girl in school and nothing—or no one—is going to stand in her way. Especially not Luca Byron, her freak neighbor, with his tattoos, loud music, and distracting green eyes.

Luca Byron has three goals in life: get through high school with a low profile, make sure his garage band becomes something more than a hobby, and try to forget about his insufferable ex-best friend, Ashton, who he can’t get out of his mind.

The last thing Ashton and Luca want to do is rekindle their friendship, but when Ashton takes a tumble down the social ladder, Luca—with his new makeover—is the only one who can help her rise up again by pretending to be her boyfriend. At first, being together is unbearable and annoying, but things start to change as Ashton and Luca discover the real reasons they drifted apart seven years ago.

Now, keeping their hands off each other seems impossible.

My Thoughts:
I wanted so much to like this book, but unfortunately it fell flat for me. Ashton, the female main character, was incredibly unlikeable. She was hard to relate to because she starts off the book treating people very badly with absolutely no reason to do so. I can deal with unlikable characters if there is a realistic plot arc of them realizing the error of their ways, but I never really felt like Ashton cared that much - or even realized - the true damage of how she had been acting. She has a mini-breakthrough and then steps right back into wanting popularity and wanting to be friends with a person who betrayed her. Ashton seems to think saying you’re sorry is a good enough exchange for years of terrible behaviour. I just couldn’t relate to her at all because of the lack of repentance.

Luca, on the other hand, was a character who I could relate to. He was generally a nice guy who cared about his friends, and about Ashton, despite how she had treated him. If anything I felt like Luca deserved better than Ashton, though I could understand how he liked her because of their years of history together.

I really love the idea of former best friends coming together romantically, but I wish there had been a real connection between the two characters instead of a relationship mostly based upon lust. I can enjoy books where relationships start off based on physical attraction when that attraction is coupled with fun and flirty behaviour. What I saw here was two people being rude to each other all the time and then manically breaking out into makeout sessions every so often. I loved the idea of ‘Impossible’, and while some will definitely enjoy it, it definitely wasn’t the book for me.

The Cover:
I really like it; it's what drew me to the book in the first place.