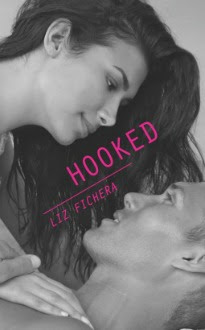 Synopsis: (from Goodreads)
When Native American Fredricka ‘Fred’ Oday is invited to become the only girl on the school’s golf team, she can’t say no. This is an opportunity to shine, win a scholarship and go to university, something no one in her family has done.

But Fred’s presence on the team isn’t exactly welcome — especially not to rich golden boy Ryan Berenger, whose best friend was kicked off the team to make a spot for Fred.

GET HOOKED ON A GIRL NAMED FRED.

My Thoughts:
The concept of ‘Hooked’ -- a girl taking a spot on her school’s all-male golf team and having an antagonistic relationship with her teammate -- was simple, but it really did hook me (oh look, a pun). Unfortunately the book itself left a bit to be desired.

What the book really focuses on that the short synopsis doesn’t really mention is that a huge part of the book focuses on racism, because Fred is only one of several Natives to attend the local high school. While I understand that there is still a huge divide between the Native population and those off of reserves/reservations the huge amount of racism really did shock me. I guess what I thought was the worst part of this portrayal is that there’s never any real message that this racism is wrong. Even the worst offender ends up being someone to be pitied because of a tragic past, and his blatant racism (which is taken to a dangerous degree) is almost shoved under the table. It never feels like this issue is dealt with, which was really unfortunate.

I expected the romance to be the best part of this book, but I never really felt the chemistry between the two characters. Ryan is so incredibly passive, letting everyone walk all over him and make decisions for him. He never really owns up to the fact that he grows to care about Fred, and he never truly defends her or tries to be with her until the very end. Fred was definitely a determined character, and I respected her drive for success when it came to golf and school, but I was frustrated that she never tried to defend herself to her classmates, whether about her race or about her golf abilities.

The Cover:
There's something interesting about it, but I'm not a huge fan overall.