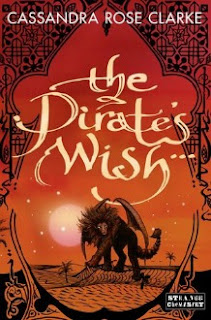 Synopsis (from Goodreads):
After setting out to break the curse that binds them together, the pirate Ananna and the assassin Naji find themselves stranded on an enchanted island in the north with nothing but a sword, their wits, and the secret to breaking the curse: complete three impossible tasks. With the help of their friend Marjani and a rather unusual ally, Ananna and Naji make their way south again, seeking what seems to be beyond their reach.

The Assassin's Curse totally impressed me with its detailed world building and amazing characters. Needless to say I'm super excited to read this sequel!