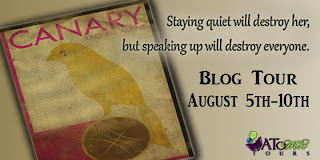 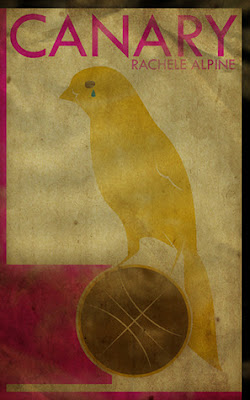 Kate Franklin’s life changes for the better when her dad lands a job at Beacon Prep, an elite private school with one of the best basketball teams in the state. She begins to date a player on the team and quickly gets caught up in a world of idolatry and entitlement, learning that there are perks to being an athlete.

But those perks also come with a price. Another player takes his power too far and Kate is assaulted at a party. Although she knows she should speak out, her dad’s vehemently against it and so, like a canary sent into a mine to test toxicity levels and protect miners, Kate alone breathes the poisonous secrets to protect her dad and the team. The world that Kate was once welcomed into is now her worst enemy, and she must decide whether to stay silent or expose the corruption, destroying her father’s career and bringing down a town’s heroes.


My Thoughts:
Canary is an impressive debut from Rachele Alpine. It’s well written and it touches upon a very important subject. I feel like there's a difference between books you really love and books that say something important, and for me this is one of the latter. I didn't enjoy the story, because it was about terrible things, but I did like that the book acknowledged the privilege given to athletes and other people in powerful positions.

Kate is a frustrating character, but I feel like she's realistic. She wants to be popular and well liked at her new school, so she accepts and enjoys the attention of being the coach's daughter. Kate doesn't like confrontation and she doesn't want to wreck her position in the school, so she ignores things she knows are wrong. She lets herself get treated badly, and she doesn’t stand up for people who deserve it. It was so hard to read about Kate letting people walk all over her, over and over again. I didn't like her and it made it hard to hear her story, yet as I mentioned, it felt real. If you have low self esteem and you just want to keep the status quo and be liked, it makes sense that she would act that way, especially as someone who’s a young teen with her first boyfriend.

I liked the writing style of the book, except I’m not sure about the in between parts, where some of it was free verse. Even though these journal entries were used as a plot point later in the story, I’m not sure they were entirely necessary. They explained how Kate was feeling and what was happening, but I didn’t really feel things needed to be spelled out like that. The text was strong enough and doing a good enough job without those sections.

The sexual assault and ensuing ostracization of Kate was very difficult to read about, but again, it felt realistic. What I did love was the relationship between Kate and her brother, as well as how her brother’s girlfriend stuck with her. The book has an ending which is open ended to an extent, but still very hopeful for some changes to occur. You can see how things might start to get better with the support Kate starts to get from her community. ‘Canary’ is very much focused on the importance of speaking out and being heard, and I love that this message is being spread in YA books. I can only hope that books like this will reach the hands of people who really need to hear that message, and I’m glad that ‘Canary’ presents it in an organic, non-preachy way. Kudos to Rachele Alpine for a tough but powerful debut novel.

The Cover:
I love the image so much, but I think the cover needs to be more eye catching.


To see other stops on the tour for reviews, guest posts, and excerpts click here or on the button below.