Today I have the pleasure of interviewing new author Tammara Webber, who recently published her first YA novel Between the Lines. 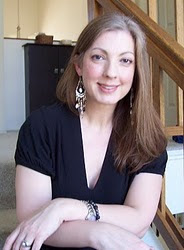 About Tammara Webber:
When people ask me how I remember being a teenager so clearly, I tell them that I married my high school love. (Well, the last one, anyway.) Through this relationship, I still connect to the excitement and confusion of that stage of first loves and defining yourself and figuring out your connections to everything and everyone else. When my children were young, I began building each of them a personal library—holiday and birthday gifts always included a stack of books. My oldest was 13 or so when I first wandered into the young adult section and fell in love with what I found there. It’s where I belong as a writer.


***
If you had to describe Between the Lines’ premise in a tweet (140 characters or less), what would you say?

Four actors, one film set: Emma wants to be normal. Reid wants whatever fame can get him. Brooke wants revenge. Who knows what Graham wants?

What kind of process did you go through to create the cover?

Shutterstock photos, MS Paint, several hours and a few tears. Oh and also sending a batch email to nearly everyone I know asking What do you think of this font? How about this one? And this one? Also, I was corrected on how to pronounce ‘serif.’ (It’s like sheriff, btw, in case you ever need to know.)

Who was your favourite character to create in Between the Lines?

Unexpectedly, Reid, who’s modeled in part after who my husband was when we met. He and I were close friends for a year before we started going out, and he was never going to be accused of being a nice guy. I got detailed descriptions of shocking things he and his friends did that he’d have never told me if he knew we’d end up together. He was basically a non-celeb version of Reid.

Which character trait of Emma’s do you admire the most? What about Graham, Reid, and Brooke?

I want to answer this one, but I feel like it’d give too much away.

How do you use social media to connect with readers? How important do you think this is?

Off the top of my head, the books I’ve read recently (not necessarily published recently) which really struck me as amazing were: Split (Avasthi) and The Sky is Everywhere (Nelson). I also loved Finnikin of the Rock (Marchetta) and Where She Went (Forman).

'The Sky is Everywhere' is definitely one of my favourites! And Melina Marchetta? Love her!

1) I was that girl in high school who people thought was snobby until they met me and realized I was just really shy. (Or they never met me and they still think I was snobby.)

2) When someone tells me I can’t do something a certain way, it makes me want to do it that way, just to show them I can.

3) The first actual book I attempted to write (I was 19) was a historical romance novel. I ended up bailing on it at a little over 100 pages. The experience left me with a yearning to tell stories, way too much knowledge about Vikings, an island called Lindisfarne and the year 793.

What can readers expect from you next?

I intended Between the Lines to have a sort of love triangle, but not for it to end with me feeling sad for the loser. (Actually, I don’t call it a triangle when everyone isn’t connected. Geometrically, it’s more like a love line with three points. To me, Bella/ Edward/ Jacob – one girl, two unconnected guys - wasn’t a triangle, but Belly/ Jeremiah/ Conrad – one girl, two brothers - was.)

Where was I? Oh, yeah—I was unexpectedly intrigued by the leftover guy. So he’s getting another shot in the sequel. I completed the initial draft last month, and my critique partners (who have their own stuff to work on) and beta readers are working with me now on revisions and edits. Depending on how much ripping and tearing they recommend, I hope to have it out by October 2011.

Thanks so much for chatting with me today, Tammara! I, for one, am intrigued to see what's next for [name redacted]. ;) 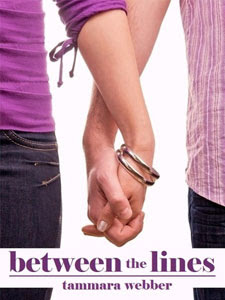 Find Tammara on the web:
- A Room of my Own (Blog)
- Goodreads
- Twitter


You can buy 'Between the Lines' for Kindle or Nook and find it on Goodreads here.