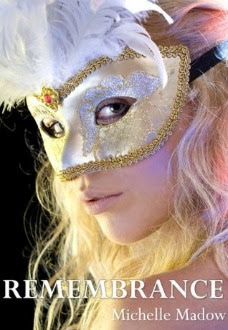 Synopsis: (from Goodreads)
New Hampshire high school junior Lizzie Davenport has been reincarnated from Regency Era, England ... but she doesn't know it yet.

Then Drew Carmichael transfers into Lizzie's school at the beginning of the year, and she feels a connection to him, almost like she knows him. She can't stop thinking about him, but whenever she tries talking with him about the mysteries behind her feelings, he makes it clear that he wants nothing to do with her. Reaching him is even more difficult because she has a boyfriend, Jeremy, who has started to become full of himself after being elected co-captain of the varsity soccer team, and her flirtatious best friend Chelsea starts dating Drew soon after his arrival. So why can't she seem to get him out of her mind?

Even though Lizzie knows she should let go of her fascination with Drew, the pair of them soon find that fighting fate isn't going to be easy.

My Thoughts:
When I first read that Taylor Swift’s ‘Love Story’ video was was inspired Michelle Madow to write ‘Remembrance’ I knew I had to pick it up. The whole concept of past lives and past loves sounded absolutely wonderful as well, and who can resist that cover?

I’m so happy I decided to read ‘Remembrance’ because it was incredibly enjoyable. It’s funny, because usually I hate books about fated lovers and the like because it totally goes against my views of free will and choice, but in this book it just didn’t bother me as much. Maybe because despite the draw between Drew and Elizabeth both of them grew to learn that things can be changed.

I love the semi-'Pride and Prejudice' vibe and connection to the story. It was there in some areas but it wasn’t supposed to be a direct reinterpretation which I also appreciated. For some reason one element of the story that stood out for me (in a good way) in this book is that the kids actually attend school and talk about their classes, etc. Somehow this tends to be rare in any book that has a paranormal/fantasy aspect to it, so it was cool to read a book that bucks the trend.

I thought perhaps the ending came together a bit too easily, but overall it was really satisfying. Normally anything within the realm of insta-love completely irritates me, but ‘Remembrance’ totally sold me on the connection between Lizzie and Drew. Maybe it was appealing because despite Drew being good looking Lizzie didn’t go on and on about his looks. I could have used a bit more relationship development to make their relationship seem real instead of just a product of their past lives, but I was still rooting for them as a couple, which I think says something.

I definitely enjoyed Michelle Madow’s writing style and I’m positive that she has a bright future ahead of her as a YA author. I would absolutely read more of her books.

The Cover:
Super pretty. It's definitely what drew me in to begin with.

Find Remembrance by Michelle Madow on Goodreads. You can buy the eBook through Kindle, Nook, & Smashwords. The paperback is available on Amazon.