What’s In a Name? -- Guest Post by Penny Wright 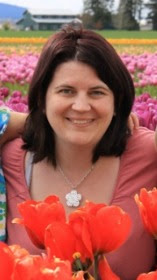 Hi everyone! Today I have the pleasure of welcoming new author Penny Wright to Book Labyrinth.

Penny's novel is entitled "No Use For A Name" so I asked her to talk a little bit about names and what they mean. Here's what she had to say --

What’s In a Name?
I’ve heard so many awesome name stories.

There’s Yoshi, who didn’t have a name until he was nine months old. His parents weren’t sure what to call him, so at nine months, they figured he was old enough to communicate his thoughts. They took him to a baby psychic, who read his mind, then informed his parents that the baby said his name was Yoshi. So Yoshi he is.

There’s Knut, whose family has lived in Utah since they straggled in there with Brigham Young and company. Knut is highly skilled, but after college, his job search was going nowhere. He decided to resubmit every resume he had out there…but this time, he dropped his first name and went by his middle name, Scott. After that, the calls and interview requests came rolling in.

Then there’s my friend Jane, who recently found out her name is Clara. Her adoptive parents got her when she was four, and they changed her name. Except for not legally. She *just* found out. She’s fifty-nine years old.

Sometimes we give our children names that have meaning…wise, strong, beautiful, kind. Sometimes we give them names designed to “trick the gods” into leaving the child alone. If that kid’s name means “born on a dung heap” and I’m a god, you’d better believe I’m passing him over in favor of young mister “mighty and powerful” over there. And gods meddling in your life? Usually not a good thing.

Sometimes names don’t mean anything, we just like the sound of them. My youngest daughter’s middle name is Danger. (Yes, we think we’re very clever.) But my mother in law *hates* it. The day she was born, we called her to give her the good news. After congratulating us, the very next words out of her mouth were “It’s not too late to change your mind about her name!”

No matter how we come to them, or what our name means to the person who gave it to us, our name shapes our own unique identity. It’s part of who we are. And everybody has one…right?

I wondered…what would happen if someone’s parents were so lazy and neglectful that they simply couldn’t be bothered to fill out the paperwork? I’ve named a couple of kids myself, there are boxes to fill in, forms to be filed. The process doesn’t perform itself.

And then what if that person didn’t find out until she was fifteen? What would that person’s life be like? How would she have grown up? Would she be a fighter, clawing her way through the world, or would she be crushed by the weight of her parents’ own indifference?

What would happen once she picked her own name?

And even better, what if there were hot guys involved? And juicy scandals? And insane cheerleaders?

So that’s how I wrote No Use for a Name, my edgy contemporary YA romance.

There is a story behind everyone’s name. What’s yours?

Thanks so much for stopping by, Penny! My naming story is this: if I was a boy I would have been Adam Joel, or AJ. Since I was a girl I got named Ashley Beth. Ashley was the only name my parents could agree on, and they just liked Beth. Years ago I asked my Mom why they didn't give me a J middle name like Johanna or Joy or something so I could still be called AJ. My Mom paused and was like "You know, I don't think we ever thought of that." Oh Mom. 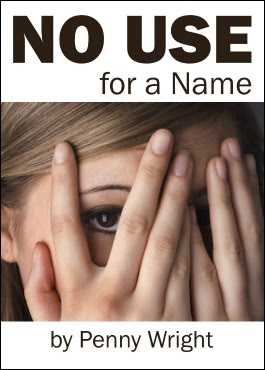 When fifteen year old Baby Anderson goes to the DMV to get her learner’s permit, she gets a surprise. Baby isn’t a nickname like she always thought - it’s her legal name. Her screwed-up, neglectful parents never got around to naming her. On the bright side, she’s about to start high school – the right time to reinvent herself. She never imagined how wrong it could go.

When she tries out new names, she also takes on their stereotypes. Derek, the hot sophomore football player, knows her as Barbie, the sexy, bitchy cheerleader. Grady, the popular senior, believes she's Mary, a sweet Christian girl.

When her multiple personas collide she learns she isn’t the only one who’s been keeping secrets. As both her family and her love life fall apart, she needs to decide who she truly wants to be: Bitchy Barbie, Moral Mary…or someone else. But even if she makes the right choice, is it too late? Has the boy she’s fallen in love with given up on her for good?

You can find 'No Use for a Name' on Kindle, Nook, & Smashwords.