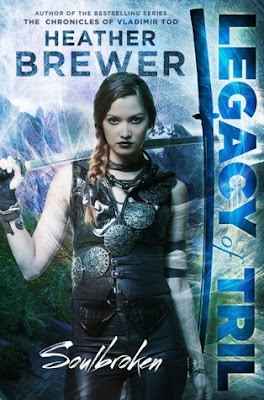 Sometimes you have to break the rules to discover the truth.

In this follow up to Legacy of Tril: Soulbound, Kaya has learned that she is Soulbound to Darius, the Barron she secretly trained with at Shadow Academy. But he’s been sent away, leaving Kaya with questions about how he could be Soulbound to her and another Healer. Determined to find answers and prove herself worthy of fighting in the war against King Darrek and the Graplars, Kaya sneaks away, encountering a mysterious Barron named Gage in her travels. But Darius has shocking information about Gage—information that changes everything Kaya thought she knew about what it means to be Bound.

I seriously enjoyed the first book in this series, Soulbound, and it feels like it's been FOREVER since it was released. I'm so looking forward to this second book!!