Bailey J. Thompson on being a Teenage Author 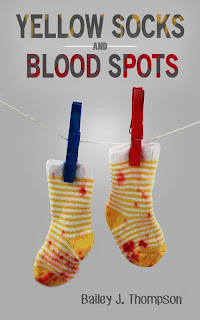 Two lines means pregnant, and pregnant is the very last thing seventeen-year-old Isabelle wanted to be. She’s just beginning her senior year, she’s rekindling the respectable relationship she once had with her family and she has finally fallen in love.

Her boyfriend, Jason wants an abortion, while Isabelle wants to give her baby a chance at life, whether that means adoption or raising her baby herself. Her situation raises a question of values, beliefs, rights, societal expectations and personal opinions, and as Isabelle’s friends and family discover the news, they seem to think they know what’s best for her and her baby. Within two weeks of finding out about their beautiful disaster, Isabelle and Jason have to come to a mutual agreement and make a life and death decision.

1) PERSPECTIVE – I was seventeen (Protagonist, Isasbelle’s age) when I began to write the novel. I think that currently being that age gave me a real ability to put myself into my character’s shoes. Sometimes, I would find myself playing through scenes in my head as I walked through the halls at my high school. I was able to imagine how I would react, or how my friends would react because I was surrounded by what Isabelle would have been surrounded with.

2) FRIEND’S EXPERIENCES – It was interesting to see the different perspectives of my friends and classmates as a few of them went through the similar situation. I was able to borrow some of their stories and circumstances to mimic in the book.

3) RUMORS – If there’s one thing that true in every high school, it is the ability for rumors to spread at lightning speed. The neatest thing was that once the rumor had spread that I was writing a novel about teenage pregnancy, young women began to approach me with their stories. I guess they knew that I had been speaking to some of the friends that I knew had had similar experiences, and it multiplied.

4) TRUST – Along with that, came trust… because if it wasn’t peers, I found some of my friend’s mothers confiding in me with their stories. It was really strange at first to know such intimate details about my supiors, but eventually I was able to incorporate it into the story and feed from their emotions.

5) TEACHER and PEER SUPPORT – When you’re in high school, there is a whole community of professionals and adults that want to help you succeed. Which meant that if I ever had a question about writing style, grammar or needed an editor or an opinion, there was always someone ready to help.

6) MARKETABILITY – There is something about being able to say that you’re a “teen author” that helps you to sell a book. I remember explaining my story to someone, and her first question was, “when do you turn 20?”. At first I thought it was legality until I told her that I turned 20 in February 2014. Her response, “we better get to marketing!” Similarly, my age adds to a lot of media and word-of-mouth…

7) RELATABILITY – Personally, I LOVE that I am able to see eye-to-eye with my readers. I hope that writing a YA Novel while I am a young adult will help me to better connect with those who read my book.

8) NAÏVETY – I am going to mention this one, because I know that it is true. Being a writer is hard work and I know that at times it can be disappointing and discouraging – but I think that being young and completely blind to this market when I began the publishing journey of 'Yellow Socks and Blood Spots' allowed me to dream as big as I could, rather than be discouraged by the reality. Sometimes not knowing what you’re in for can work to your advantage. Have you ever noticed that, for example, a shift at work is easier and less stressful if you don’t know what time it ends at (your boss has left it open), than when you know that your shift ends at 8:00. When you don’t know, instead of counting down until 8:00, you’re blindly working through your shift without focusing on when it’s over. I think it was the same.

9) NO RENT – Repeating the whole “being a writer is hard work” thing, I’m still living in my parents house. So rather than holding a full-time job and worrying about paying for rent, car payments, etc., my financial situation has been pretty stress-free, allowing me to focus on my book, and take extra time off work to work on it. I finished high school when the book was half done (June 2012), and so I was able to take a leap-year off school and focus solely on my writing.

10) ACCEPTANCE – Tackling such an issue is super-tough as it is. I still get nervous telling certain people about the topic of my book, and actually avoid the subject altogether if I know it is going to start a scene. I’m always holding my breath when I explain the concept of my book to somebody new. So far, I’ve only had a handful of people tell me off… but for the most part, I think being young keeps people in line and polite. Most people, anyways. 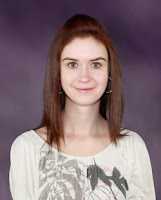 About Bailey:
Bailey J. Thompson is a teenage author that resides in Barrie, Ontario, Canada. She has been storytelling since the moment she could talk, and has since developed passions for creative writing, photography, nature and the environment. Yellow Socks and Blood Spots is her debut novel.

Thanks for sharing your thoughts, Bailey! It sounds like you have a great support system, and it's great how your age allowed you to connect to your story in a completely different way than if you had written it once you were older.