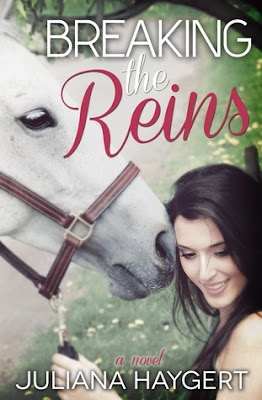 Horses, mansions, tea parties, and lies are twenty-year-old Hannah Taylor’s life. To others, her family and her relationship with Eric is perfect. But she knows the truth. She lives it.

After a fire takes her grandma's life and kills her horse, Hannah's immaculate life spirals out of control. Her father disapproves of her decision to run her grandma’s ranch instead of focusing solely on learning the family business; Animal Control brings her Argus, a mistreated horse that she can't turn away even though she's not ready for another horse; and her boyfriend, Eric Bennett, a world famous polo player, becomes possessive and authoritarian. Despite her best efforts to disguise it, Hannah grows wary of him.

I'm always on the lookout for New Adult titles which sound unique, and I believe I've found one here. The ranch and mistreated horses angle screams Heartland to me, which excites me incredibly, because I've been pining for that type of book for a while now.