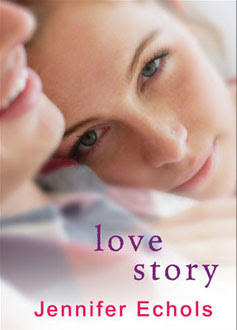 For Erin Blackwell, majoring in creative writing at the New York City college of her dreams is more than a chance to fulfill her ambitions--it's her ticket away from the tragic memories that shadow her family's racehorse farm in Kentucky. But when she refuses to major in business and take over the farm herself someday, her grandmother gives Erin's college tuition and promised inheritance to their maddeningly handsome stable boy, Hunter Allen. Now Erin has to win an internship and work late nights at a coffee shop to make her own dreams a reality. She should despise Hunter . . . so why does he sneak into her thoughts as the hero of her latest writing assignment?

Then, on the day she's sharing that assignment with her class, Hunter walks in. He's joining her class. And after he reads about himself in her story, her private fantasies about him must be painfully clear. She only hopes to persuade him not to reveal her secret to everyone else. But Hunter devises his own creative revenge, writing sexy stories that drive the whole class wild with curiosity and fill Erin's heart with longing. Now she's not just imagining what might have been. She's writing a whole new ending for her romance with Hunter . . . except this story could come true.

My Thoughts:
Things I Liked:
- The setting: the horse farm in Kentucky and the college in NYC made for awesome backdrops to the story
- The writing class: having the story centred around a writing class led for lots of interesting encounters, and I loved how the short stories were woven into the text
- College age protagonist: there aren’t enough “new adult” type stories out there
- The moments of Erin and Hunter romantically together: they had tons of chemistry and it was fun to read about, though I wished that the tension had been there the whole time
- Erin’s roomates: they definitely could have used more development, but I did love the scenes with them

Things I Disliked:
- In the end the whole romantic relationship just didn’t feel very... romantic. I got the whole lust factor, but besides that I couldn’t really see how Hunter and Erin belonged together. They treated each other like crap and they went from hating each other to loving each other to hating each other (etc) with little to no explanation
- The ending: I would have preferred some grand romantic scene at the end of a book that’s titled ‘Love Story’. It was rushed and it felt like the story built up to nothing.

Conclusion:
I’ve seen many five-star reviews for this book, but it just wasn’t for me. It was decent and I don’t regret reading it, but it wasn’t anything special. None of Jennifer Echols books seem to measure up to the awesomeness of ‘Going Too Far’.

The Cover: Boring. And I hate how you can only see the guy’s nose and mouth. :/