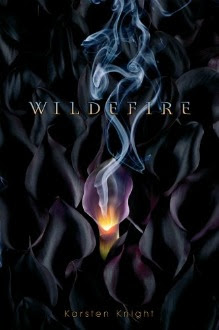 Synopsis: (from Goodreads)
Every flame begins with a spark.
Ashline Wilde is having a rough sophomore year. She’s struggling to find her place as the only Polynesian girl in school, her boyfriend just cheated on her, and now her runaway sister, Eve, has decided to barge back into her life. When Eve’s violent behavior escalates and she does the unthinkable, Ash transfers to a remote private school nestled in California’s redwoods, hoping to put the tragedy behind her. But her fresh start at Blackwood Academy doesn’t go as planned. Just as Ash is beginning to enjoy the perks of her new school—being captain of the tennis team, a steamy romance with a hot, local park ranger—Ash discovers that a group of gods and goddesses have mysteriously enrolled at Blackwood…and she’s one of them. To make matters worse, Eve has resurfaced to haunt Ash, and she’s got some strange abilities of her own. With a war between the gods looming over campus, Ash must master the new fire smoldering within before she clashes with her sister one more time… And when warm and cold fronts collide, there’s guaranteed to be a storm.

My Thoughts:
There is something about this book that makes it incredibly interesting and “unputdownable”. First of all I loved the diversity in the characters. All the different race/ethnic backgrounds, and likewise the different gods and goddesses from all over the world, made the story more interesting. And I really grew to like the characters, even care about them, in the short time we spend getting to know them. How the characters all came together is another interesting part of the book, and one which I’m very curious to read more about in the next book.

I love this book a lot because of the writing. Karsten Knight dragged me into the story right from the beginning. When there was imagery it was fantastic and I wasn’t at all put off (like I usually am) by the descriptions, because they were so interesting and fitting. The book contains an intriguing build up of action as it goes on, leaving you completely engaged.

Of course no book is perfect. My biggest complaint is the main character herself. Ashline (or Ash) was incredibly strong and sarcastic, which was great, because who wants to read about a weak heroine? Hint: Not Me. Unfortunately Ash came on much too strong for my tastes at some points. You don’t have to be the rude version of sarcastic in order to be strong. My biggest problem with Ash, though, was her violent behaviour. Ash demonized another character for being violent, yet her actions didn’t show her to be that much different. A blasé attitude toward violence, where people go around threatening and hitting people for little reason, is not exactly cool in my books.

I obviously had some qualms with the book, but I’m giving it 4 stars because of how engaged I was when reading it. I just didn’t want to put it down (it was like “oh crap, how did it get to be 2 am?”). So as for the negatives, I can totally understand why some people aren’t feeling this book, yet on the other hand I can totally understand why this book has gotten so much hype. I would say it’s well worth a read, especially to get to the ending that will leave you begging for Book 2.

The Cover: The colours are pretty, and I like how it's interesting and symbolic.