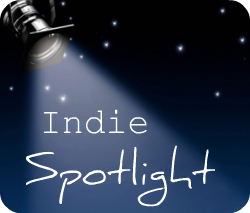 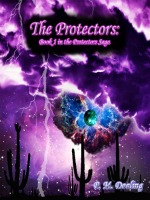 The Protectors by P.M. Dooling


Avery learns that she and her friends are actually a group of powerful warriors known as the Protectors, who were charged with protecting the planet of Orcatia, but were killed by the evil Emperor. To save their lives, their magical mentor sent them to Earth to be re-born. It is now their duty to return to the planet and life they have no memory of, and once again serve as its Protectors, fighting the very Emperor responsible for their deaths.

The Black Orb by Sabine A. Reed


Aria is a young conniving thief and a con artist, living in the city of Kalaba. When her brother Marcus is taken prisoner by the Queen of Azmeer, Aria embarks on a desperate quest to free him. To save her brother, she has to enlist the help of an old wizard, Bikkar, who is critical of her thieving habits. The way to sever the power of the Queen is to break her magical weapon, the Black Orb, with which she plans to enslave not only her own subjects but other kingdoms also.

Off Leash by Renee Pace


Jay Walker is a fake. He's full when starved and happy when angry. How else is a guy who has a dead beat for a mother and a sister battling cancer supposed to feel? And isn't walking a pet just a chore? Too bad the dog doesn't know that. The dog lives in the now, embraces life to the fullest and gives his whole heart when offering love. Off Leash is a coming of age story, where a boy experiences the nitty gritty side of life through the eyes of a dog, and discovers that maybe, just maybe, life is really worth it.


Alex Kosmitoras’s life has never been easy. The only other student who will talk to him is the school bully, his parents are dead-broke and insanely overprotective, and to complicate matters even more, he’s blind. Just when he thinks he’ll never have a shot at a normal life, a new girl from India moves into town. Simmi is smart, nice, and actually wants to be friends with Alex. . . . Unfortunately, Alex is in store for another new arrival—an unexpected and often embarrassing ability to “see” the future. Try as he may, Alex is unable to ignore his visions, especially when they begin to suggest that Simmi is in danger.

Buy on Smashwords, Amazon, or B&N. 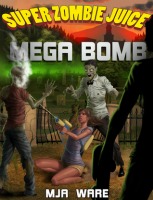 
After a failed attempt at running away, best friends Nathan and Misty return home expecting to face angry parents. Instead, they discover the military has destroyed the bridges out of their rural town and everyone's fled--except a small horde of the living dead. The stress of flesh-eating zombies may be more than their already strained relationship can handle. Even with the help of the town geek and lemonade-powered Super-Soakers, there's not enough time to squeeze their way out of this sticky mess. Unless the trio eradicates the zombie infestation, while avoiding the deadly zombie snot, the military will blow the town, and them, to pulp.

I hope you've enjoyed this first Indie Spotlight post. I get a lot of requests to review indie press or self-published books, but there just isn't enough time in the day to read them all. I thought a feature like this would be a great way to spotlight some lesser known titles.