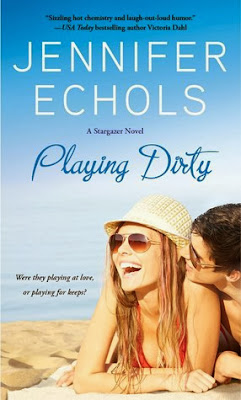 
Synopsis: (from Goodreads)
A public relations expert tries to prevent the breakup of a raucous country band and corral their wild—and very sexy—lead singer in book 2 of the Stargazer Series.

As an expert in public relations crisis management—that is, babysitter to the stars—Sarah Seville just spent nine months in Rio trying to keep rock singer Nine Lives out of jail long enough to record his new album…and barely succeeded. Now she needs a triumphant success so she can keep the Manhattan-based job she loves. Trouble is, her new assignment is to travel to Alabama to prevent the breakup of the raucous country band The Cheatin’ Hearts, headed by sexy Quentin Cox. As she edges closer to Quentin, she discovers layers of secrets. It seems Quentin is taking the spin doctor for a spin.

The Cheatin’ Hearts have stayed on top of the charts two years following three rules. Rule One, no drugs. Rule Two, no sex with other band members. Rule Three, no sex with record company spies. Quentin figures he’d better follow the rules, because he made them. And because if you break a rule, you’re out of the band. But he can’t resist the record company’s beautiful PR agent, and inevitably he breaks Rule Three with hot Sarah Seville. As he falls for her, he finds out that she has plenty of secrets of her own, and one of them comes knocking on her door: what really happened to her in Rio.

My Thoughts:
I definitely liked the first book of this series (Star Crossed), but I loved this one. Usually I don’t like books where the main characters are lying to one another, but something about Sarah and Quentin was just perfect, even when they aren't being 100% truthful with one another.

There are such crazy antics going on in this book (drugged up past clients going after our heroine, massive lies within the Cheatin’ Hearts, etc) that it could have easily felt way over the top. Thankfully it didn't feel that way at all. All the elements came together and just worked so well, telling a crazy story, but an awesome one too.

I loved how Quentin wanted to appear one way to the public, and even to Sarah, but that he was so different underneath. The guy he really was was amazing, and I so enjoyed reading about him. I also liked how this book was romance focused, but that the band issues and Sarah doing her job were of equal importance. The band dynamic in this book was so much fun, and I loved seeing them work together, even with all their problems. Another big focus of the book was Quentin’s allergy and asthma issues. I haven’t read many books where this is such a serious issue, so it was really interesting to read about.

Overall, this was super enjoyable, and one of the best I've read from Jennifer Echols.