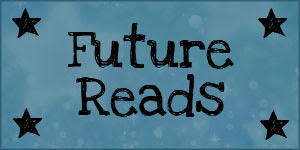 Future Reads is a feature on Book Labyrinth where I sporadically post about books coming out in the near (or not so near!) future and explain why I want to read them. This feature is inspired by memes and features like Waiting on Wednesday and Books to Pine For. I hope you'll discover something you want to read as well! (All title links will take you to Goodreads.)

One for the Contemps Challenge, it sounds seriously sad but good. Harper takes a road trip to deal with her sister's suicide, and ends up discovering love and secrets.

This one seems to be getting a lot of hype. It sounds great, though... a republic at war, a privileged girl hunting down her sister's killer. Suspense, action, & romance? Yes please.

You guys know that I hate insta-love, but I'm definitely intrigued by this premise. It's set over a period of 24 hours and it involves two people with very cool names (Hadley and Oliver). Oliver just happens to be a cute British guy. Um yes, I think I'll check this one out!

Sprawling gothic mansion, hot new stepbrother (ooer?), ghosts... I don't even know what all, but it sounds fabulous! Plus I just love the cover.

I absolutely LOVED The Mockingbirds, so I'm really excited for this next installment.


I hope you've enjoyed these future reads! What not yet released books are you looking forward to?