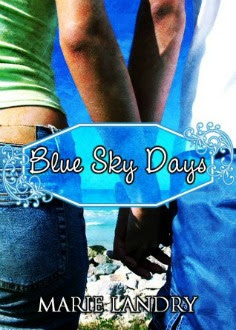 Synopsis: (from Amazon)
A year after graduating from high school, nineteen-year-old Emma Ward feels lost. She has spent most of her life trying to please her frigid, miserable mother - studying hard, getting good grades, avoiding the whole teenage rebellion thing - and now she feels she has no identity beyond that. Because she spent so many years working hard and planning every moment of her life, she doesn't have any friends, has never had a boyfriend, and basically doesn't know who she is or what she really wants from life. Working two part-time jobs to save money for college hasn't helped her make decisions about her future, so she decides it's time for a change. She leaves home to live with her free-spirited, slightly eccentric Aunt Daisy in a small town that makes Emma feel like she's stepped back in time.

When Emma meets Nicholas Shaw, everything changes - he's unlike anyone she's ever met before, the kind of man she didn't even know existed in the 21st century. Carefree and spirited like Daisy, Nicholas teaches Emma to appreciate life, the beauty around her, and to just let go and live. Between Daisy and Nicholas, Emma feels like she belongs somewhere for the first time in her life, and realizes that you don't always need a plan - sometimes life steers you where you're meant to be.

Life is wonderful, an endless string of blue sky days, until Nicholas is diagnosed with cancer, and life changes once again for Emma in ways she never thought possible. Now it's time for her to help Nicholas the way he's helped her. Emma will have to use her new-found strength, and discover along the way if love really is enough to get you through.

My Thoughts:
When I think about 'Blue Sky Days' I think about embracing all of life -- all of its heartache as well as its joy. I also think about discovery: figuring out who you are, and being free to be yourself. These are some pretty awesome themes, so it's no surprise that I generally really liked this book.

Nicholas was a litttttle too perfect for my liking. He was lovely, but almost too much so that it became a bit unbelievable in certain parts. I also would have liked to have experienced more of the relationship between Emma and Nicholas at the beginning, rather than hearing about it second hand. Still, those two make a very sweet couple, and especially in the second half of the book you can really feel how much they love one another.

'Blue Sky Days' is very quiet and atmospheric. I loved the town, with the diner and Daisy's house. The book also features some really strong secondary characters. Even the ones you didn't get to know that well, you could still really feel the emotions behind their relationships with the main characters. This is a book that is about family, friends, and love, and it really does remind you of what's important, and to appreciate the good things you have.

I love Canadian authors. It feels like we’re almost the underdogs in a way because so many well-known authors are American or British. I love them, too, don’t get me wrong, but it always excites me to find out an author is Canadian, or to come across a book that’s set in Canada.

Why? Well, patriotism aside, it seems to me that a lot of people know absolutely nothing about Canada, or what they do know is based on stereotypes. When I first got the internet after high school, I joined quite a few chat rooms and it amazed me how ignorant people were about Canada. I actually had people ask me if I lived in an igloo, had electricity, or owned a dog sled. I thought they were kidding, and was pretty shocked to discover they weren’t. I laughed, of course - I still laugh when I think about it - but at the same time it makes me sad that people know so little about this beautiful country.

That’s part of the reason I set my stories in Canada. In Blue Sky Days, Riverview is a fictional place in Ontario that’s three hours away from Toronto. I wanted to throw Toronto in there so people who were familiar with Canadian geography would have a general idea of where Riverview was supposed to be, and so that people who didn’t know much about Canada would be able to look it up and maybe learn a bit about Toronto, which is an amazing city.

There are many extremely talented and well-known Canadian authors, like Lucy Maude Montgomery (author of Anne of Green Gables and many other incredible books, all set in Canada), Margaret Atwood, and O.R. Melling, just to name a few. A lot of very popular YA authors are also Canadian: Lesley Livingston (the Wondrous Strange series), Alyxandra Harvey (the Drake Chronicles), Sarah Mlynowski (the Magic in Manhattan series, plus many others), and Jessica Martinez (Virtuosity), again just to name a few.

Unfortunately, most of these YA books/series aren’t actually set in Canada, but it gives me a thrill to see these authors doing so well. It makes me proud. And other authors do make up for it by mentioning Canada or setting books in Canada. For example, one of my favorite parts of Anna and the French Kiss by Stephanie Perkins was when Etienne gave Anna a Canadian pin so she would fit in better when she felt like she stuck out as an American and was worried she’d be judged. And, in my current read, Anna Dressed in Blood by Kendare Blake, Cas goes after Anna in Thunder Bay, Ontario. Pretty cool if you ask me!

As a Canadian author, I want to bring positive attention to the country I love so much. I hope some of you who aren’t familiar with Canada will make an effort to learn more about it, and also to support some of the many incredible Canadian authors out there. 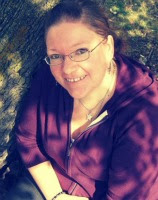 Marie Landry has always been a daydreamer. She has created imaginary worlds for as long as she can remember, so it only seemed natural that she would become a writer. With a passion for words that started in early childhood, Marie has written a varied range of works, and has been freelance writing since 2009. She resides in Ontario, Canada, and most days you can find her writing, reading, blogging about writing and reading, listening to U2, or having grand adventures with her two precious nephews.

Where you can find Marie:

Thanks so much for that post, Marie! Yay for all things Canadian!! =D