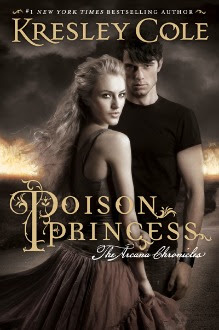 Sixteen year old Evangeline “Evie” Greene leads a charmed life, until she begins experiencing horrifying hallucinations. When an apocalyptic event decimates her Louisiana hometown, Evie realizes her hallucinations were actually visions of the future—and they’re still happening. Fighting for her life and desperate for answers, she must turn to her wrong-side-of-the-bayou classmate: Jack Deveaux.

But she can’t do either alone.

With his mile-long rap sheet, wicked grin, and bad attitude, Jack is like no boy Evie has ever known. Even though he once scorned her and everything she represented, he agrees to protect Evie on her quest. She knows she can’t totally depend on Jack. If he ever cast that wicked grin her way, could she possibly resist him?

Who can Evie trust?

As Jack and Evie race to find the source of her visions, they meet others who have gotten the same call. An ancient prophesy is being played out, and Evie is not the only one with special powers. A group of twenty-two teens has been chosen to reenact the ultimate battle between good and evil. But it’s not always clear who is on which side….

My Thoughts:
‘Poison Princess’ was very strange from the beginning, and it doesn’t help that none of the main characters were very likeable. The main character, Evie, was really bland, and despite all her freak outs I never really felt the depth of her emotions. Meanwhile, Jack, the “love interest”, is a lecherous drunk who talks about himself in the third person. There are some tiny hints of goodness in him, but he’s never really a reformed bad boy - he’s just plain bad. He supposedly cared for Evie, but really all I could see in him was crudeness as he constantly tried to have sex with her, and repeatedly mentioned how she was his only option (super charming, right?).

Beyond my huge distaste for the “romance” element I just found the whole concept of the book to be bizarre. I was actually intrigued by the “tarot card characters come to life” gimmick, but I don’t think it was explained well enough in the novel, and definitely not enough to base a whole apocalyptic plot on it. Somehow I ended up reading this book in one afternoon, so I guess readability is one thing that it has going for it, though I think I stuck with it more in a “WTF is going on here?!” kind of way, rather than genuine interest. You guys know that I'm all about being fair in reviews and acknowledging the subjectivity of reading, but in this case I really can't see why there are so many 5 star reviews on Goodreads for this one.

The Cover:
I know Jack is supposed to look older, but why do those models look 30?! I like the title treatment, though.